“The biggest threat to Black America today is the threat to our democracy," National Urban League President and CEO Marc Morial told theGrio.

It’s civil rights week, and now it is the National Urban League’s turn to host a convention with Vice President Kamala Harris. The intent for Friday’s appearance is to discuss ways to economically undergird Black people hit during these inflationary and COVID-19 times.

Marc Morial, National Urban League president and CEO, told theGrio, “The biggest threat to Black America today is the threat to our democracy.” That is the overriding notion for the Black economic rights group as Vice President Harris participates in an armchair conversation led by Birmingham, Ala., Mayor Randall Woodfin.

Harris’ Urban League convention appearance comes days after her Monday speech to the NAACP in Atlantic City, N.J. In that speech, she addressed the recent Supreme Court abortion decision overturning Roe v. Wade. Her speech directly linked the enslavement of Africans in this nation to the most recent Supreme Court decision on abortion. “We know, NAACP, that our country has a history of claiming ownership over human bodies,” Harris firmly said during the address.

That Monday excitement is juxtaposed to the current state of American discontent with the Biden administration. Recent polls from CNBC place President  Biden’s economic approval ratings at 30 percent. Those April survey numbers are below the lowest numbers of former President Donald Trump at 41 percent and former President Barack Obama at 37 percent. 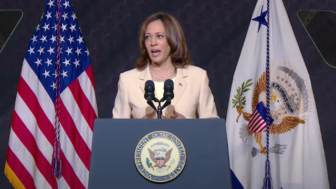 Administration officials are well aware of the disapproving public sentiment and are mobilizing to move the needle upward on public opinion. A source close to the vice president’s National Urban League appearance acknowledged that the themes Vice President Harris will punctuate mirror issues Morial describes as a “democracy [that] is under assault.” That message will focus on guns, abortion, voting rights, Black maternal health and other headline-making conversations.

As democracy is challenged, “Black America is better off than it was 18 months ago,” according to Morial, the self-described O.G. of politics and civil rights. He believes, “with people like [Housing and Urban Development Secretary] Marcia Fudge, with Don Cravins Jr. going to MBDA [Minority Business Development Agency], with the expansion of programs at the SBA [Small Business Administration], that this administration in 18 months has put more stakes in the ground than any prior administration, at least in my history, in my career.”

Morial dug deeper on this issue. “Eighteen months ago, the economy was substantially shut down, and we had a supremacist in the White House. And today, there’s been a distinct turn in focus, and I think the unemployment rate…to Black Americans is below 6 percent.” The former mayor of New Orleans still criticized the current rate, proclaiming, “it’s still too high, but it’s maybe half or a third of what it was 18 months ago.” In January 2021, the U.S. Labor Department posted an unemployment rate for Black people at 9.2 percent.

However, Morial cautioned “there is still a wealth gap” that has stunted the Black community. The concern looms large since the mission of the Urban League has been economic development, home ownership and connecting minority businesses with larger companies. The organization’s history-making efforts also build on its annual economic summary. Since 1976, the Urban League has released an annual State of Black America report. It was born out of a lack of presidential acknowledgment of Black America in the yearly State of the Union Address.

Meanwhile, sources close to the vice president revealed the Howard University alum has personally expressed a desire months ago to be a part of these large Black gatherings. And Friday’s D.C. event is the latest in a series of engagements over the past three weeks where Harris has spoken directly to Black leaders about the administration’s work, including at the Essence Festival of Culture in New Orleans; Alpha Kappa Alpha’s 70th Boule in Orlando, Fla.; and most recently at NAACP’s conference in Atlantic City. 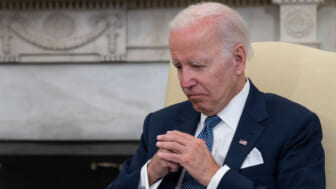 With all these vice presidential appearances at large Black gatherings in recent weeks, is Morial concerned about Vice President Harris repeating herself? He waves off that idea, saying, “I think it’s important that she is visiting African-American leadership organizations to expand the message because it could not be done last summer because of COVID. And so I think to some extent, there’s a little catch up necessary here, which is to come out and talk to groups and interact with people and talk about the issues that are important to us and intersect with the administration’s agenda.”