Majors is set to appear as the supervillain in "Ant-Man and the Wasp: Quantumania."

Marvel fans, get ready for Kang the Conqueror. The famed comic book villain is taking over the Marvel Cinematic Universe (MCU), with Jonathan Majors playing the role in “Ant-Man and the Wasp: Quantumania” and beyond. 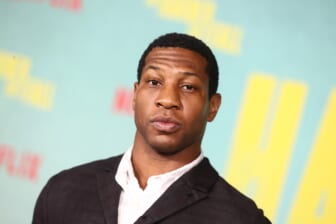 Also Read:
Jonathan Majors on ‘Creed III’: ‘I got punched in the face about a hundred times’

As theGrio previously reported, Majors nabbed the role of Kang the Conqueror back in the fall of 2020. In the new Multiverse Saga of the MCU, Kang will be the overarching villain, similar to how Josh Brolin’s Thanos was the villain for the Infinity Saga (which lasted from 2008 to 2019). Majors made a brief appearance in the season finale of “Loki” on Disney+ as a “variant” version of the character, but is set to make his proper debut in the upcoming “Ant-Man” film.

While promoting the film at San Diego Comic-Con last weekend, Kevin Feige, head of Marvel Studios, opened up about Majors’ being a part of the MCU and how integral he will be in the massive franchise’s future.

He told Comicbook.com, “It comes down to the cast and with Jonathan Majors, who I think took over the Hall H stage, you know, in the three minutes he was up there. It’s amazing, and I said to him there’s nobody’s shoulders I’d rather be putting the Multiverse Saga on than his. It’s really impressive what Jonathan Majors is able to do and all the different incarnations, variants, if you will, of Kang that we will see him do. It’s really pretty cool.”

He also spoke about the difference between Kang and the last Marvel “big bad,” Thanos. “What I love is that he’s totally different from Thanos. That he is completely different. That it’s not just how about there’s a bigger purple guy with a helmet. That’s not what Kang is. Kang is a very different type of villain and the fact that he is many, many different characters is what’s most exciting and most differentiates him.” 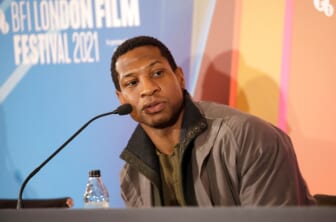 Also Read:
Jonathan Majors to star in the film adaptation of Walter Mosley’s ‘The Man in My Basement’

Majors himself spoke to Collider about the various iterations of the character he will get to explore. He explained, “I think the thing about Kang, even the comic books, he contains multitudes. For me, it’s a great exploration of myself, just to figure out how much of myself can I explore and share? That’s the opportunity that Kang and He Who Remains offers.”