OPINION: Social media is giving latchkey kids a moment which is something my kids will know nothing about 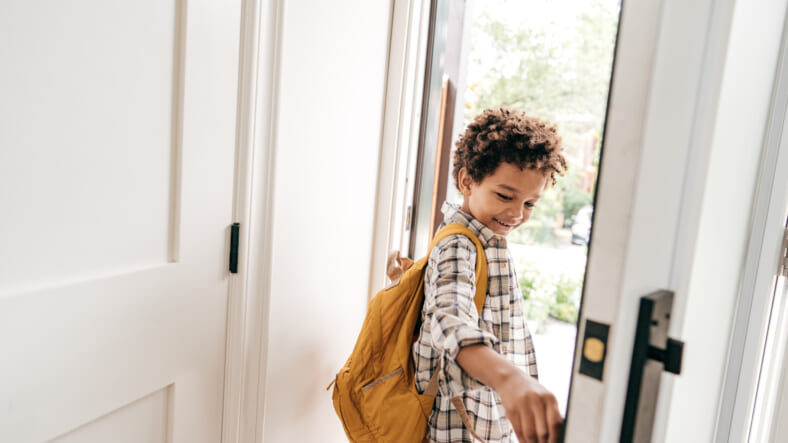 I don’t know why it happened, but it seems like the legacy of “latchkey kids,” or more specifically, our survival, has become a bit of a topic on social media. Latchkey kids, of course, are those of us who, as children, spent time at home without adult supervision, typically after school. The ‘90s, I believe, were FULL of them—the ‘80s too, for that matter. As I think back on that time in my life, I actually think most of the kids I knew fit that bill.

And you know what? My kids will never know that life. Let me explain.

I grew up as a military brat and spent my calendar school years from ages 6 to 14 living in Frankfurt, Germany. My summers were spent in Jackson, Mich., Atlanta, Ga., and Five Points, Ala. During the school year, I vividly remember pretty much coming and going as I pleased, even at a young age. I took Frankfurt’s version of public transportation (shouts out to the U2 Gonzenheim) by myself or with my siblings; my oldest sister is 5 years older than me. I had my key, and as long as I came home—which I always did—all was well. 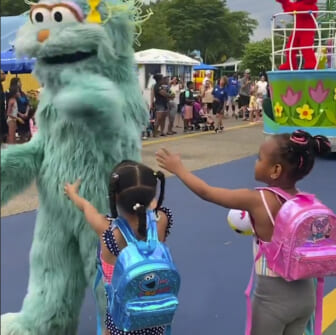 During summers in America, I remember being home by myself with my cousins or siblings in all of those aforementioned places with a various assortment of non-adults being put in charge. We cooked, cleaned, played, and did our best to not destroy anybody’s home. We went outside and played and found food.

I remember this being the case for as long as I can remember. And you know what?  It sounds kind of crazy but it was the time. Frankfurt felt very safe, so either out of necessity or out of comfort, my parents felt like we could be left to our own devices and all would be well. My older sister was usually present, though she was also an athlete and always had practice for some sport or another after school.

When I was in Michigan visiting my mother, I was the oldest (almost at all times), so I was always in charge, even when we had friends over. I was taught how to make lunch or we’d just make sandwiches, etc. until my mother got home and watched her soap opera (she was an All My Children person), and then she’d focus on us. I ain’t saying we were out here raising ourselves, but I mean…

Thinking back, it is somewhat surprising that no major calamities ever happened. There were no trips to any emergency rooms or frantic calls to 911 or our parents’ jobs that I can remember. I don’t know if we were just more responsible as 10-year-olds in 1989 or if once you require a 10-year-old to take care of himself and others he just rises to the occasion. Real talk, I’ll never know, because real talk, there is no way in the world I’m going to find out.

Kids seem way younger nowadays than when I was a kid. For instance, I can’t IMAGINE leaving my 7- or 6-year-old in the house alone. Crazy thing is, they’d probably be fine, playing with their toys or iPads for hours and eating every snack in the house, but I just don’t want to find out if that’s true. They spend so much time looking for their mother (or me) when we’re IN the house, I think they’d freak out if they were alone. My daughter is 13, so at this point, I’m sure she could watch the kids, but I remember feeling like my big sister seemed like a 25-year-old at 13. In fact, she has seemed like an adult her whole life; she was cooking, cleaning, carrying us through snowstorms, etc. She had way too much responsibility, now that I think about it. 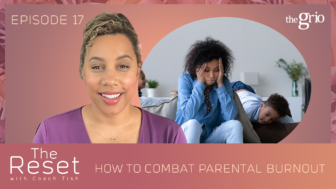 My kids seem like kids. Sure, we teach them how to do things like making their own breakfast and whatnot but I just don’t like not having an eye on them…because they’re kids. I can’t think of any reason at this point where I won’t have some adult supervising my kids.

Now, I have to acknowledge the privilege in this. I make enough money to send my kids to camps and aftercare, etc. I don’t have to “risk it” so to speak and I know that’s not everybody’s reality. There are lots of people who probably have to show their kids at a very early age how to both find their own food and keep quiet for hours so that nobody calls the police to say there are unsupervised minors in the house or apartment. And I’m sure my parents could have sent us to daycare or something but why? Back then, we woke up and played all day outside and came inside to eat and were sent back out.

Can it be that it was all so simple then?

I don’t know, man. When I think of some of the things my generation did and had to do I don’t want my kids to know any of it; but it does seem like we grew up a little quicker and could be trusted to do more at a younger age. But you know what, I’m fine with things the way they are. I’ll let these kids of mine “kid it up” for as long as possible. I won’t even run to the store at night when they’re all asleep unless my wife is home; if we’re out of toilet paper it’s just gonna have to get interesting and innovative. I realize that perhaps that’s ridiculous, but the way my mind is set up, I just think about the fool driving who hits my car and puts me in the hospital while my children are at home alone, and I just sit back down and pray I got some soft paper towels.

This got dark quick. Point is, I was a latchkey kid and survived and it seemed pretty cool. It is also a joy my kids will never know and I’m okay with that.