Beyoncé removes ‘Milkshake’ interpolation from ‘Renaissance’ after complaint from Kelis

This is the second time since the album's release that Beyoncé is removing a lyrical element from a song following backlash.

Beyoncé has removed another lyrical element from her new album, “Renaissance.” Days after replacing a word from one song on the album, she is removing an interpolation of Kelis’ “Milkshake” from another after Kelis called her out for not asking her permission.

Before the release of “Renaissance,” Kelis criticized Beyoncé for not seeking her approval to use her 2003 Grammy Award-nominated smash, “Milkshake,” for her song, “Energy.” The fifth track on “Renaissance” features an interpolation of Beyoncé singing “La, La, La, La, La,” in a similar fashion to that of Kelis’ rendition on “Milkshake.” Pharrell Williams and Chad Hugo of The Neptunes wrote and produced the song.

The interpolation has since been removed from the song and Williams and Hugo are no longer listed as co-writers in the album credits, according to Beyoncé’s website, per Rolling Stone.

This news comes just days after Beyoncé removed a lyric from another song on “Renaissance.” In the song, “Heated,” she used the word “spaz,” which was criticized as “ableist language.” Beyoncé’s representatives apologized for the usage and confirmed the word’s removal.

Meanwhile, Kelis commented on the use of the lyric from her song in the comment section of a Kelis fan page, @kelistrends. She called out Beyoncé, Williams and Hugo for using the song without first informing her, terming it a “theft.” 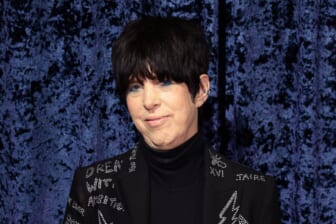 “My mind is blown too because the level of disrespect and utter ignorance of all 3 parties involved is astounding,” Kelis wrote via her Bounty & Full account. “I heard about this the same way everyone else did. Nothing is ever as it seems , some of the people in this business have no soul or integrity and they have everyone fooled.”

Kelis also posted two videos on her Instagram page the night before “Renaissance” was released to explain her anger and frustration further.

“My real beef is not only with Beyoncé because, at the end of the day, she sampled a record, she’s copied me before, she’s done stuff before, so have many other artists, it’s fine. I don’t care about that,” Kelis said in the first video. “The issue is… we are female artists, OK, Black female artists in an industry that we—there’s not that many of us, right? We’ve met each other, we know each other, we have mutual friends. It’s not hard, she can contact, right?”

The singer also aimed her frustration at Williams and Hugo, who have sole songwriting credit for “Milkshake.” She indicated in the second video that Williams has been given credit for writing the lyrics to many of her songs, though he allegedly did not write the lyrics to any of them.

Though the interpolation — altering an existing sound from a song — was minor, Rolling Stone, reported, Kelis was still irked. Triggered, in fact.

“It’s beyond this song at this point,” Kelis wrote on Instagram. “There are bullies and secrets and gangsters in this industry that smile and get away with it until someone says enough is enough. So, I’m saying it today. I’m coming for what’s mine and I want reparations.”