Simone Leigh's "Sentinel" statue, part of an international fest that included artists of the African diaspora, will be returned to her.

A 1,500-pound sculpture that occupied space where a statue of confederate general Robert E. Lee once stood has been removed from its spot in New Orleans’ Harmony Circle.

Leigh’s black, bronze sculpture, a nude woman’s form with a cupped head, may be an allusion to the ceremonial spoons of the southern African indigenous nation, the Zulu.

Leigh, the 54-year-old Black female artist who created the abstract sculpture, is known for her work that centers the Black female experience in society.

“Sentinel” is said to have been inspired by Mami Wata, a water deity revered in parts of Africa.

Many in New Orleans were concerned that the figure, which is wrapped in an enormous snake, somehow implied Satan worship. However, the Advocate report noted that the snake is a traditional symbol for a winding river. 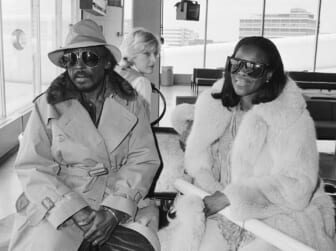 Thursday’s removal of the “Sentinel” from Harmony Circle was planned. Since 1880, the New Orleans roundabout bore the confederate general’s name, but in April 2020, the city council voted to remove the name of the secessionist, and designated the area Harmony Circle.

The sculpture remained in the city for months after the Prospect.5 show closed in January, but the “temporary gift” was always meant to be returned to Leigh.

Prospect.5 was a major art festival that was held throughout the city for months. The show featured works from 50 artists, many of whom represented the African diaspora. The exhibit was subtitled “Yesterday We Said Tomorrow,” named after an album by New Orleans jazz musician Christian Scott.