The temperature of the sand where eggs are nesting determines the gender of most turtles.

According to researchers, every sea turtle born on the beaches of Florida in recent years has been female.

“Scientists that are studying sea turtle hatchlings and eggs have found no boy sea turtles, so only female sea turtles for the past four years,” Bette Zirkelbach, manager of the Turtle Hospital in Marathon, Florida told Reuters, according to PEOPLE. She also noted that Australia is experiencing a similar imbalance in its sea turtle population.

According to the National Oceanic and Atmospheric Administration (NOAA), the gender of most turtles is determined after fertilization. Specifically, Reuters reports, the temperature of the sand in which the female digs a nest determines gender. 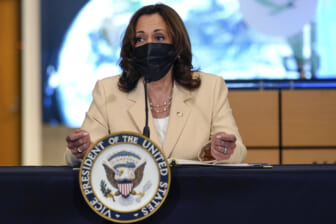 Also Read:
Harris to announce $1B to states for floods, extreme heat

Zirkelbach told Reuters that “the last four summers in Florida have been the hottest summers on record,” a situation that she described as “frightening.”

NOAA has stated that the climate change contributing to rising temperatures that in turn is responsible for the sea turtle gender imbalance will adversely impact future populations. Melissa Rosales Rodriguez, a sea turtle keeper at the Miami Zoo’s new turtle hospital, concurs. 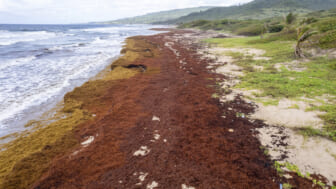 “Over the years, you’re going to see a sharp decline in their population because we just don’t have the genetic diversity,” she said in her comments to Reuters. “We don’t have the male-to-female ratio needed in order to be able to have successful breeding sessions.”