The White House on Tuesday assured Black and brown communities that they will not be “left behind” in President Joe Biden’s soon-to-be legislative victory aimed to reduce inflation pain by lowering prices for health care and energy costs for millions of Americans.

During a White House press briefing, theGrio asked press secretary and presidential spokesperson Karine Jean-Pierre about how the Inflation Reduction Act (IRA)—passed by Democrats in the U.S. Senate on Sunday and soon to be voted in the U.S. House on Friday—will reach Black and brown communities, who are in most need of economic relief.

Jean-Pierre told theGrio that Biden’s economic plan has “always been about making sure that it is economically fair” and asserted that the White House wants “to make sure that no communities feel like they’re being left behind.” 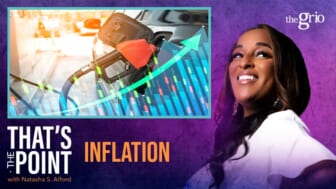 Also Read:
How did inflation get so bad? Here are 4 key reasons

An old adage in the Black community says, “When America catches a cold, Black America gets pneumonia,” suggesting that when the general population experiences economic hardship or otherwise, as in the case of current U.S. inflation, Black people feel it much worse. According to national data, Black households make up a disproportionate share of poverty and unemployment rates, are less likely to have health insurance and pay more in energy costs compared to white people.

Jean-Pierre said the White House is hopeful the investments of the Inflation Reduction Act will bring much-needed relief to Black and brown communities. The press secretary highlighted the most heralded provisions of the bill, including lowering prescription drugs for seniors enrolled in Medicare and bringing down energy costs by providing tax subsidies for utility companies and making it cheaper to produce and manufacture renewable energy.

“If you look at how prescription drugs are going to go down because Medicare will be able to negotiate with companies…[and] pharmaceutical [companies]…that is going to be incredibly important when you think about [what] brown and Black communities are spending…just to get that vital drug that they need just to live their everyday lives,” Jean-Pierre told theGrio. “When you think about the ACA [Affordable Care Act] premiums, that’s going to … lower costs on health care. That’s going to make a difference in communities, as well.”

She continued, “And when you think about utility bills coming down because of this investment, that it’s going to make in lowering energy costs….those things are going to make a difference.”

The IRA is a scaled-back version of President Biden’s initial $3 trillion Build Back Better legislation, which included popular items like paid family and medical leave, free child care and free community college—all of which were scrapped from the current inflation bill. However, the IRA does include other significant economic provisions like tax credits between $4,000 and $7,000 for buyers of electric vehicles and consumer rebates for the installation of energy-efficient home improvements. 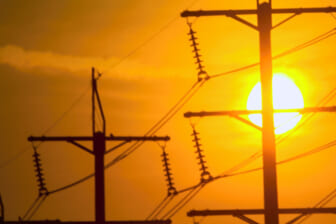 Also Read:
People of color around the globe are fleeing areas because of climate change. Will the climate migration crisis hit the United States?

Jessica Fulton, vice president of policy at the Black think tank, the Joint Center for Political and Economic Studies, told theGrio that the IRA “provides a downpayment on many of the key priorities for Black communities,” including “improving access to affordable health care, keeping our air and water clean and safe, and beginning to narrow the gap between the rich and the poor.”

Fulton said she is also pleased that the Inflation Reduction Act is projected to create millions of jobs over the next decade. However, she warned that Black communities “must continue to hold the Biden administration accountable to ensure that these are good jobs that Black workers can use to support themselves and their families, invest in their communities and expand their opportunities.”

Fulton cautioned that the job creation benefits of the IRA will “bypass Black communities” unless there are also “big” investments and policies that eliminate barriers that often get in the way, such as “quality training for good jobs created by the IRA.”

The Joint Center, she noted, urged Congress last year to do what it could to support Black workers through the reauthorization of the Workforce Innovation and Opportunity Act (WIOA) and ensure that “the workforce system advances equity for Black workers.”

While the inflation bill will bring a lot of good to Black communities, Fulton said it also leaves out many Black American priorities originally included in Build Back Better, like making college more affordable and expanding the Child Tax and Earned Income Tax credits.

However, Fulton also approved of some tax policies that made it into the Inflation Reduction Act, including imposing a corporate minimum tax on corporations making $1 billion or more and increasing the budget for the Internal Revenue Service (IRS) by $80 billion in order to crack down on wealthy Americans who are dodging their taxes. The tax policies could help close the racial wealth gap, said Fulton. 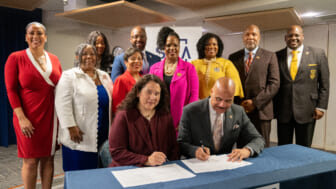 “The increased capacity of the IRS and the corporate minimum tax could help ensure that those who are most able to contribute are held accountable for paying their fair share and make small steps towards narrowing racial wealth gaps,” she explained.

“Because the government uses tax dollars to make investments in programs and services we all use, it’s critical that private companies and wealthy individuals who might otherwise avoid paying their share make investments in our country and communities.”

Given the economic relief the Inflation Reduction Act may bring to tens of millions of Americans if passed, Democrats and the Biden-Harris administration would have achieved a major legislative win less than 90 days ahead of November’s midterm elections.

But first, Jean-Pierre told theGrio, “we have to get [the IRA] passed.” She added, “We’re going to work very closely as we have been with Congress to get this done because this is incredibly important, and we want to make sure we deliver this for the American people.”