Ashley Blaine Featherson-Jenkins on her new podcast ‘Trials to Triumphs’ and tying the knot: ‘Marriage is lit!’

"I am someone very fascinated with but also inspired by the journey," she explained when discussing her new project with theGrio's Cortney Wills.

Ashley Blaine Featherson-Jenkins has entered a new chapter in her life. The actress and content creator recently launched a podcast, “Trials to Triumphs,” tied the knot, worked through the end of the popular Netflix series “Dear White People” and caught up with theGrio’s Cortney Wills to break down these exciting changes. 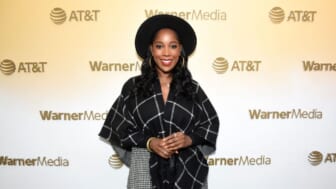 As Joelle in “Dear White People,” Featherson-Jenkins spent four years on one of the most popular and talked-about shows on Netflix. While the series’ end last year is bittersweet, it has opened the actress to new opportunities, including her podcast with OWN titled “Trials to Triumphs.” Speaking to Wills on “Acting Up,” Featherson-Jenkins broke down how she made her way to this phase, crediting her manager for “seeing her future” when suggesting she start a podcast.

The interview-style podcast follows the performer as she sits down with people in all sectors of the entertainment industry who detail how they worked through various hurdles in their lives. In what she refers to as a “humanizing” and “real” podcast, Featherson-Jenkins has connected with talents such as Kelly Rowland, Robin Thede, Colman Domingo and more.

“I am someone very fascinated with but also inspired by the journey,” she said. “I like knowing how people got from point A to point B and like, was there a point C in between? That, to me, is what life is all about, and the times in which I’ve gained the most inspiration is them sharing their trials-to-triumphs journey with me. Them truly not giving me the highlight reel, not giving me the fluffy version of their lives.”

In addition to the podcast, the end of “Dear White People” also marks a new season of her life, one that she is grateful for. “Oddly, I was really accepting of it and hopeful and excited for what would be next,” she said of the series ending. She said she now feels she is “returning to her roots” with content creation, as her entry into the industry was her web series “Hello Cupid” with Lena Waithe.

She added, “I really have to be intentional and specific about what’s next because I am, you know, creating this lane for myself where I am doing projects and portraying characters and creating content that really matters … I’m really excited for whatever that [next project] is.” 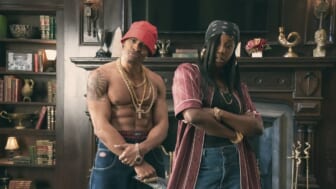 Featherson-Jenkins is also living the married life now, which she called, “so much fun.” She married her long-term partner, Darroll Jenkins, in 2021. Marriage, she said on “Acting Up,” is something she would recommend. “Being married is so much fun. I highly recommend it, should you marry your best friend, someone you really, really love and respect and all of those things. But marriage is lit! It’s so much more amazing than I even imagined.”

As for people who say “nothing changes” once you tie the knot, the podcast host rejected that notion, saying that it’s good for relationships to deepen and change, especially when committing to each other. “I don’t want to stay stagnant,” she added. “I want to keep growing. I want to keep getting better. I want to be bigger, better, bolder, all of those things, because I have a family now and that’s really important.”

The full episode of “Acting Up” is available to stream now.