The producers claim that Triller has missed payments after the Verzuz sale.

Swizz Beatz and Timbaland are suing Triller for breach of contract. The music producers and founders of Verzuz claim that the social media company has not paid them $28 million for the sale of the music series.

The two multi-platinum music producers sold Verzuz, the popular online music competition series, to Triller in January 2021. According to the lawsuit obtained by theGrio, Swizz and Timbaland state that Triller made the first two payments to them upon their agreement in January and April of 2021. However, they claim Triller has not paid them since January 2022.

In the suit, Swizz and Timbaland contend that they reached an agreement with Triller that a large settlement was reached for the two receive more than $18 million in owed payments in March, after receiving an agreed payment in February. Triller did not make that March payment, according to the complaint.

As a result, Swizz and Timbaland are suing Triller for breach of contract. They want the $18 million payment and two payments of interest due to them for $9 million and $1 million from April 1 and April 14, respectively. The producers are also asking for Triller to pay legal expenses.

Verzuz began in early 2020 when Swizz and Timbaland engaged in a friendly music battle, playing their beats back and forth over Instagram live. It was created to celebrate musical legacies for music fans to enjoy during the COVID-19 shutdown.

From there, the two Grammy Award-winning producers have curated music battles over Instagram, including Teddy Riley versus Babyface, Jill Scott versus Erykah Badu as well as Gladys Knight versus Patti Labelle. 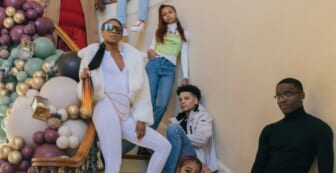 In March 2021, Swizz and Timbaland sold Verzuz to Triller. The two became Triller shareholders and Verzuz evolved into doing more performance-based editions with elaborate multi-camera production before an audience. This includes infamous battles between The Lox and Dipset in August 2021 and Omarion and Mario last June.

The most recent Verzuz was on July 17 between Reggaeton producers Luny Tunes and DJ Nelson.