MONTPELIER STATION, VA (AP) — The United States Postal Service has closed a small Virginia post office over agency management’s concerns about its location inside a historic train depot that also serves as a museum about racial segregation.

In a statement this week addressing the closure, the USPS noted that the museum near former president James Madison’s Montpelier estate has historical signage above two exterior doors, one labeled “WHITE” and another labeled “COLORED.”

It added that “Postal Service management considered that some customers may associate the racially-based, segregated entrances with the current operations of the Post Office and thereby draw negative associations between those operations and the painful legacy of discrimination and segregation.”

The statement was provided to The Associated Press by a USPS spokesperson Wednesday.

It said operations were being suspended at the Montpelier Station Post Office with the intention of finding suitable alternative quarters in the community or in the absence of any, to proceed with a study of whether to discontinue the branch.

The restored train depot is owned by the nonprofit foundation that manages the Montpelier estate. A panel on the building’s exterior introduces the exhibit inside. 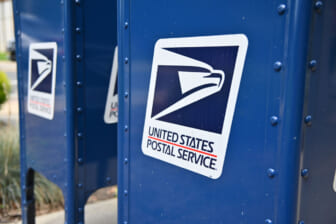 Christy Moriarty, The Montpelier Foundation’s communications director, told the newspaper that the racial segregation exhibit and the post office have co-existed since 2010.

“Montpelier owns the Train Depot building and the exhibition will remain open,” she said. “We call upon the USPS to reverse the decision and reopen this historic facility that has served this community for over a century.”

U.S. Rep. Abigail Spanberger, who represents the area, also raised concerns about the closure in a letter to the agency’s Virginia district manager.