OPINION: For those who want to create a more equitable world, it is crucial to understand how images and advertising reinforce white supremacy in our culture. 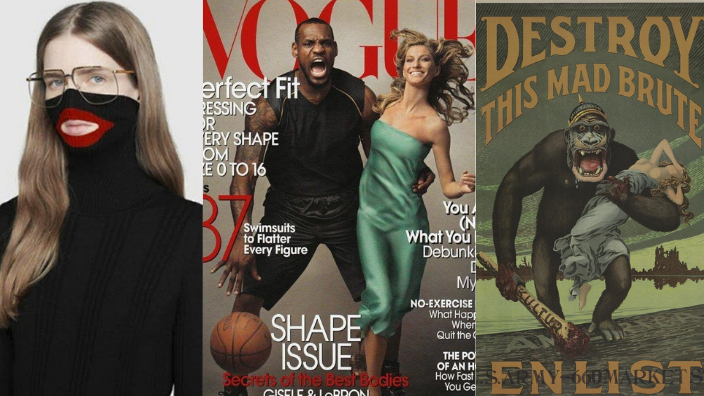 Images signal who is worthy, who is valued, and who is considered to be a full person in our society. For those who want to create a more equitable world, it is crucial to understand how images in art, fashion, and advertising reinforce white supremacy in our culture.

Our gut reactions — the fast-thinking we do automatically — are powerful, and easily shaped by what we see and experience. Race is no exception. Scores of researchers have documented how it is almost impossible to apply rational thought to ideas about race — that the images we see fundamentally (and often subconsciously) warp our perceptions of others. Images containing racist ideas impact our understanding even before we learn how to read or challenge systems of belief, giving them a power beyond words.

For the purposes of our discussion, we will define racist images as those which dehumanize people of color. This can include depicting people as monkeys, apes, or other animals, emphasizing physical traits to the points of caricature (e.g. extreme strength, body type, size of facial features, and depth of skin color amongst other things). Importantly, intention does not diminish impact — regardless of what the creator intended or knew, it does not excuse the offense.

To illustrate just how insidious the use of these images can be, consider the following pictures taken from the world of fashion and advertising. Focus on what each tells you about Blackness and how you should understand and feel about it.

Also Read:
What can be learned from America’s history of racist images and ads

This ad offends on a myriad of levels, but let’s just focus on one: the threat of the Black man to white women. This is an example of the “brute caricature” — the idea that Black men are savages, criminals, and insatiable menaces with an unquenchable desire for innocent white women.

We could write reams about the offenses of Vogue magazine in the genre of racist imagery, but I would be remiss not to call attention to the infamous cover shot of NBA star LeBron James and model Gisele Bundchen from April 2008. The image by itself is pretty awful, with its references to King Kong. But so many people found this photo completely out of bounds because it’s an almost direct reproduction of its inspiration. This one tells on itself. And we hope to never have to discuss why something like this is problematic again.

When it comes to this image from a 2017 Dove commercial, I only have questions. What do you think this ad was trying to say? And why would the company think it was appropriate to say it this way? Lastly, and most importantly, do they not understand why it’s important to have diverse, empowered decision-makers in every room?

The comparison of Black people to monkeys is not new — it is one of the oldest tools in the white supremacists’ playbook. It has been used to justify slavery, the sexual subjugation of Black women, and every official and unofficial separatist movement, including apartheid and Jim Crow as well as the historical resistance to Black quarterbacks.

The repeated placement of Black people next to monkeys can begin to affect the understanding of Blackness in subtle but powerful ways, even for people who would never consciously consider themselves to have issues with race. Putting a Black boy — H&M did in 2018 — in a “the coolest monkey in the jungle” shirt will never be OK.

Blackface also has its own horrible history. A few years ago, the distinctive marks of those tropes showed up in Gucci boutiques across the globe in the form of a turtleneck which, when folded up to cover a portion of the face, approximated Blackface. Regardless of what you see when you look at this — remembering that intent does nothing to limit impact — I challenge you to understand how hurtful and marginalizing it is to be a Black person in a world where this was sold and no one initially thought it was wrong.

Improved cultural literacy is critical to creating a more equitable and just society. These five examples are the most obvious, easy-to-find examples — proof of the ubiquity of the problem and the need for change. Only after we’ve acquired that knowledge and the accompanying skill to question what we see through a new understanding, can we transform our culture. 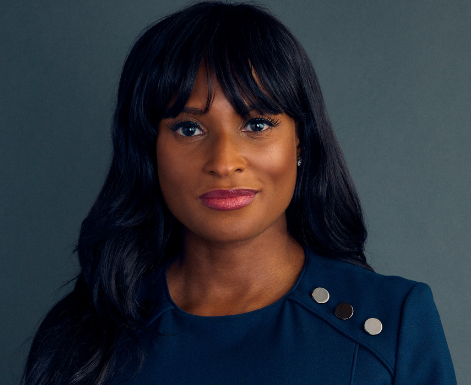 Contessa Kellog-Winters is the Senior Vice President at Clyde Group,  a D.C. based public relations and public affairs firm. Prior to Clyde Group, Contessa led global communications for the Aquaculture Stewardship Council. She also worked at High Lantern Group in Washington, D.C., for U.S. Senator J. Robert Kerrey, as Communications Director and Floor Assistant to Congresswoman Maxine Waters and Speechwriter for Los Angeles City Attorney Rocky Delgadillo. A native of Omaha, NE, Contessa is a graduate of Creighton University.