Anna Wintour admits there are ‘too few’ Black employees at Vogue

The fashion icon also apologized for what she characterized as 'past mistakes.' 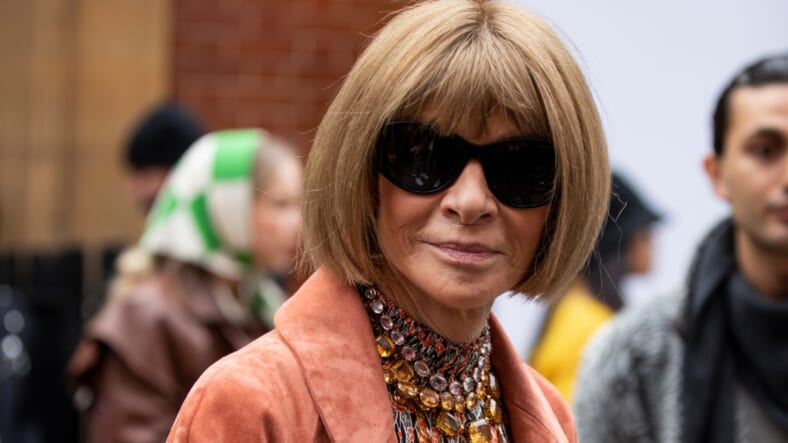 Anna Wintour has long been considered the ultimate tastemaker when it comes to high fashion, but this week the iconic Vogue editor surprised many by admitting that she hasn’t done a good enough job hiring Black talent and highlighting Black experiences in her magazine.

According to The Guardian, last Thursday, the 70-year-old editor-in-chief and artistic director for Condé Nast sent an email to staffers about the publication’s past transgressions and commitment to do better moving forward.

“I want to say this especially to the Black members of our team — I can only imagine what these days have been like,” she wrote, referencing the weeks of protests that have been ignited internationally following the death of George Floyd.

“I want to say plainly that I know Vogue has not found enough ways to elevate and give space to black editors, writers, photographers, designers and other creators,” she continued. “We have made mistakes too, publishing images or stories that have been hurtful or intolerant. I take full responsibility for those mistakes.”

Wintour also added that she felt “it should be a time of listening, reflection, and humility for those of us in positions of privilege and authority.”

According to Page Six, the memo also states that Wintour “[wants] to start by acknowledging your feelings and expressing my empathy towards what so many of you are going through.”

reminder: #VogueChallenge is not an art challenge but a trend to uplift and amplify black creatives voices' in response to Anna Wintour's “hasn't found enough ways to elevate and give space to black creators” statement despite being Vogue US editor in chief for three decades. pic.twitter.com/GJnm3XUslV