OPINION: The Republican Senate candidate for Arizona is yet another in a long list of Republicans who are eager to go after marginalized communities in order to stir up the MAGA crowd. 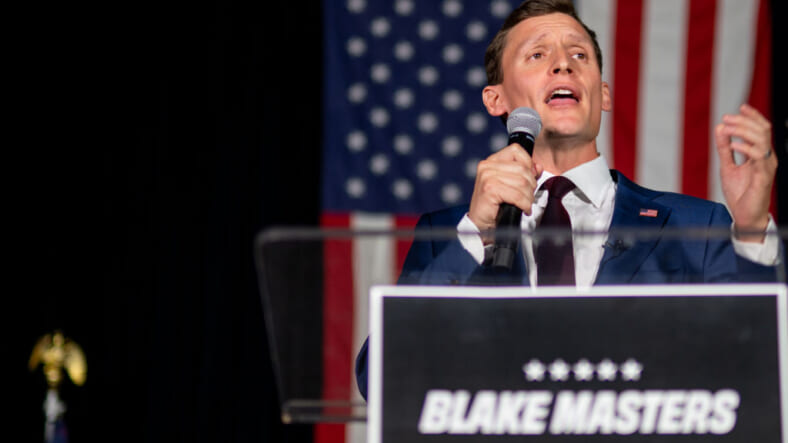 I am old enough to remember when we required candidates running for a high political office, such as the U.S. Senate, to be reasonably qualified, respectful, and restrained in their attacks on political opponents. Those days are clearly well behind us when you consider the current crop of GOP candidates such as Pennsylvania’s Dr. Oz, Ohio’s J.D. Vance (author of “Hillbilly Elegy”) or Georgia’s Herschel Walker (Heisman Trophy winner who is Black but 100 percent all-in on the GOP race-baiting and division) running in the 2022 midterm cycle. This crop of candidates is so extreme and scary that even Senate Republican Leader Mitch McConnell exclaimed recently that “candidate quality” might be the reason his party didn’t retake the Senate in November. 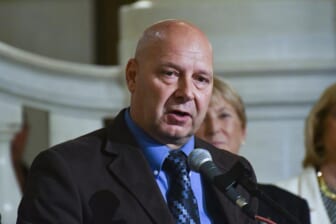 One of the most glaring cases in point: Blake Masters. The ultra-conservative Republican nominee for Senate in Arizona, who has been a staunch anti-abortion proponent, now has turned his ire toward Black people. Masters, really showed himself and his racism over the weekend, in a tweet mocking the diversity at the Federal Reserve. Yes. You read that right. Here is what he said in part, “Finally a compelling explanation for why our economy is doing so well,” Masters said when he quote tweeted an Associated Press article with the headline: “Fed tackles inflation with its most diverse leadership ever.”

The AP article noted that for the first time, the Federal Reserve under President Biden’s administration has more female, Black and gay officials weighing in on interest-rate decision-making and other Fed policies than ever before in the bank’s more than 100-year history. Master’s clearly took exception to this and took some heat for his remarks. Instead of clarifying and backing away, he doubled down, defending his remarks Monday in a video he shared on Twitter, in which went on a full-throated attack on affirmative action and Vice President Kamala Harris about her qualifications to be vice president.

“If you want to see the affirmative-action regime on display, just look at Biden’s White House,” he said in the video. “Biden promised that he would choose a woman for his VP, then, of course, he chose Kamala Harris—so incompetent she can’t even get a sentence out. But I’ve never spoken to anyone who can say with a straight face that Kamala was somehow the most qualified candidate for that job.”

“I don’t care if every single employee at the Fed is a Black lesbian as long as they’re hired for their competence and not because of what they look like or who they sleep with,” Masters said. “News for Joe Biden: We are done with this affirmative action regime.”

If that wasn’t bad enough. He went further, saying: “I can’t think of a single policy (affirmative action) since the end of Jim Crow that’s been worse or more divisive for race relations in this country.”

OK, so here is where I want to take issue with his privileged, white male view of the world. First, he asserts that he thinks “Jim Crow” was “divisive” (it sure was) but more than that, it robbed generations of Black wealth, freedom and liberty guaranteed by the Constitution as amended by the 14th Amendment. So by logic, he must agree that it was government-sanctioned racism against Black people.

In order to begin the slow walk to right those historic wrongs, President John F. Kennedy issued Executive Order 10925, which created the Committee on Equal Employment Opportunity and mandated that projects financed with federal funds “take affirmative action” to ensure that hiring and employment practices are free of racial bias. Then, of course, after his death in 1963, President Lyndon B. Johnson was able to make more strides by working with Congress to pass the Civil Rights Act of 1964 and the Votings Rights Act of 1965 and from those landmark legislative policies came (wait for it) “affirmative action” as we know it today.

On Sept. 24, 1965, Johnson issued Executive Order 11246, which enforced affirmative action for the first time. The executive order required government contractors to “take affirmative action” toward prospective minority employees in all aspects of hiring and employment. This history is important to understand when you consider Masters’ inflammatory and dismissive words. 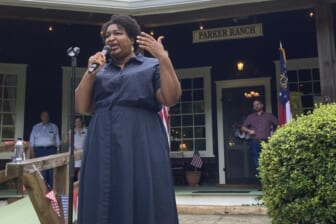 Masters knows this well, and he embraces it fully. He knows what we all know—that affirmative action was meant to be a legal remedy for hundreds of years of legalized slavery and legalized segregation aimed solely at Black people. And yet, we all know that white women are the biggest beneficiaries of affirmative action. And therein is the point, folks—it’s a loud dog whistle to his MAGA base that is meant to invoke their anger, rage and longing for an America that reflected the views of the late conservative senator and Republican presidential nominee from Arizona, Barry Goldwater, who infamously voted against the Civil Rights Act of 1964.

That is the problem with today’s Republican Party and this crop of Senate candidates. They want to live in the past. They want to return to division and segregation—if not in actual legislative practice then by banning books, banning the teaching of accurate American history and continuing to widen the racial wealth gap. They do not like “diversity” and “equity,” so they attack affirmative action (and the first Black female vice president), which has been their predictable political boogeyman since former North Carolina Senator Jesse Helms ran his infamous “Hands” ad in the 1990 US Senate Race against Black Democratic nominee Harvey Gantt. It works every time. Even in 2022.

The bottom line: Blake Masters is not hiding who he is. None of them are. He, like Trump and the other candidates mentioned, are a clear and present danger to the people of the United States of America.