When you can imagine dragons but not imagine Black people in fantasy stories, your racism is showing

OPINION: White people are once again up in arms about Black characters appearing in their favorite fantasy series. You know why. 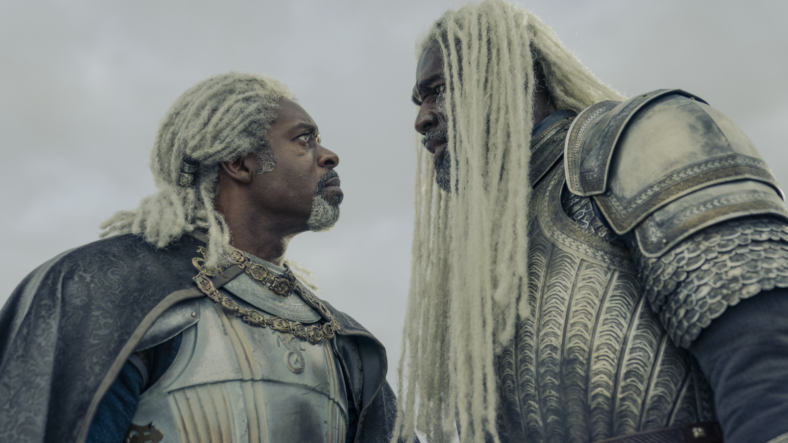 Wil Johnson, left, and Steve Toussaint in HBO's "House of the Dragon." (Photo by Ollie Upton/HBO)

Before I even get into this, let me (re)state for the record that when I say “white people,” I do not mean, all white people. It is more of the general you versus the specific you type of reference. I know y’all like to get your panties in a bunch about this; I have the inbox messages to prove it, but I want you to know that if it doesn’t apply? You are more than welcome to let it fly. Please and thank you. I am currently on a white tears diet, and I don’t need yours.

Speaking of white tears, have you seen all the white tears all over the internet because both the new Game of Thrones series and the new Lord of the Rings series have dared to cast Black actors in primary roles?

If you have not, please allow me to get you caught up a little bit. 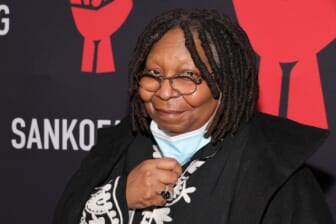 Also Read:
Whoopi Goldberg slams racist fans attacking ‘The Rings of Power,’ ‘House of the Dragon’: ‘What is wrong with y’all?’

The Lord of the Rings: The Rings of Power, an Amazon Prime series that is a prequel to The Lord of the Rings franchise, and House of the Dragon, an HBO series that is a prequel to Game of Thrones, both debuted recently to rave reviews. Even as fans rave daily about both series, there is a rumbling in the background of disgruntled “fans” who are upset that Black actors are in roles that they believe should be played by white people because there were actually no Black people during the time of dragons and wizards and magic and stuff.

Seriously, that is indeed the logic of some arguing against the Black cast members. Some have been straightforward with it and made outright racist remarks. I have also seen others say on Twitter that they think the shows are being too “woke” (remind me to talk about the bastardization of that word at another time) and interjecting “politics” into their fantasy stories.

This comes from the same group of people who read the Bible, know Jesus was a Middle Eastern Jewish man and still made him white with blonde hair and blue eyes in all of their iconography. I guess it’s totally OK to play loose and fast with the “word of God,” but absolutely offensive to do so with fantasy characters written out of someone’s imagination.

We’ve seen this before, of course.

It really bothers (some) white people that Black people get cast in their favorite make-believe stories. Maybe we are infringing on their ability to make believe that we don’t exist. Whatever the case may be, it’s seriously time to get over it, like Whoopi said.

If you can believe that fire-breathing, flying dinosaurs not only exist but will allow certain individuals—from a certain family with thousands of generations of inbreeding and some genetic mutation that makes a portion of them come out with dragon-like qualities themselves—to hop on their backs and order them to breathe hellfire on command, it really should not be that difficult to imagine that some of those inbred individuals might have dark skin, violet eyes and that weirdo lacefront hair color. Please.

In summation, I want y’all to stop being so stingy with the ball. We want to play too, and let’s face it, we are good at a lot of these things just like (some) of y’all are, so calm down and enjoy the show.

Hey. At least it will be easier for you to know these characters by name. There aren’t that many of us in it.