The ‘woke’ attack on Queen Elizabeth is actually a good thing

OPINION: Calls for Black Twitter to show some “decorum” perpetuates the false narrative that people around the world rather enjoyed being oppressed by the now-deceased queen. 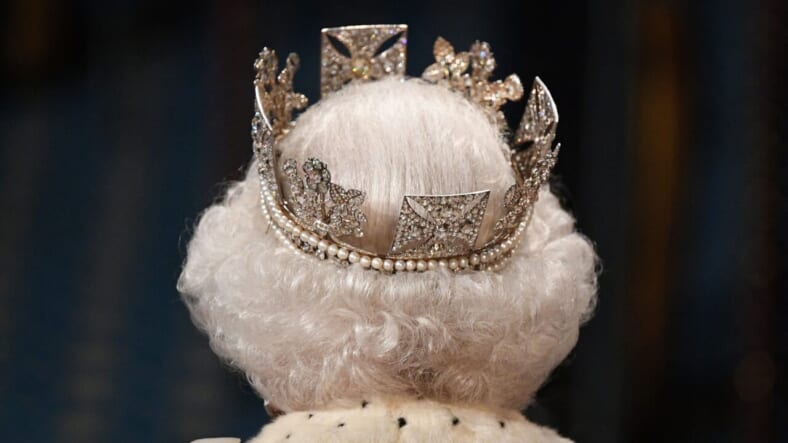 If you, like me, cried tears of sadness for Latifah, Lil’ Kim or the unnamed woman with whom Billy Ocean shared a dream and a heartbeat, you were probably relieved and perplexed by the outpouring of sympathy and animosity that followed the announcement of 96-year-old Queen Elizabeth II’s death. As usual, Black Twitter took the opportunity to express its collective sadness the only way it knew how—with memes. Usually, I’d post the best ones below this paragraph, but in this case, there were too many good ones (you’ve probably seen them anyway).

There are many people who feel as if roasting a recently deceased person is unseemly at best and immoral at worst. How one feels about the lady who inherited the property, privilege and royalty built with the proceeds of international colonialism is subjective. However, I would argue that dragging the royal resident of Buckingham Palace is not just OK, it’s actually an important cultural contribution. In fact, there’s one reason that the crowdsourced roasting of Queen Elizabeth Jr. is more important than all of the fawning obituaries combined:

If that sounds like I’m pulling the proverbial “race card” for the sake of an obligatory thinkpiece, allow me to explain.

In spite of how we may feel about the backlash over CRT, I understand why examining legal structures, history and economics has become a boogeyman. The reason why 41 percent of Americans still believe the bloodiest war in the history of the North American continent had nothing to do with slavery is that, for most of American history, white people’s narrative was the only narrative. They genuinely think the hostility over white supremacist monuments and confederate flags is a new phenomenon because they have always been insulated from the voices of the marginalized, the oppressed and people who wonder why the Beatles think they sounded like blues singers. When we use history, data and facts to besmirch the legacies of the beloved human traffickers that they call the Founding Fathers, they truly believe we are peddling revisionist history. What we see as factual evidence, they see as being “woke.” One man’s inclusive history is another (white) man’s CRT. 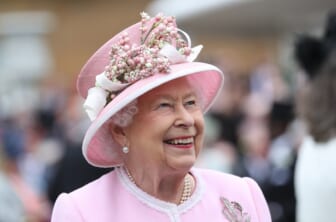 Also Read:
Queen Elizabeth II dead at 96 after 70 years on the throne

The same is true when it comes to Her Majesty’s Royal Highness of the United Kingdom of Great Britain and Northern Ireland and of Her other Realms and Territories, Head of the Commonwealth, Defender of the Faith, Mother of all People, Paramount Chief of the British Dominions Beyond the Seas.

When Lil’ Liz Windsor awoke from her slumber in an African treehouse and found out she was colonizer-in-chief over 70 years ago, there was no social media. As heir apparent to the world’s largest land theft organization, she had probably never heard a negative word about her family. She likely had no idea that millions of people around the globe saw her as a caretaker of the wealth, land and culture that was plundered from their people by violence, murder and human trafficking.

That is not their opinion; it is an incontrovertible fact.

Part of her untold wealth comes from her family’s involvement in the trans-Atlantic human trafficking industry. She used her privilege to ensure she retained ownership of the stolen items in the largest and most valuable collection of art and artifacts on the planet. Her empire confined “1.5 million Kenyans to a network of detention camps and heavily patrolled villages” using
“systematic violence and high-level cover-ups.” As uncomfortable as these facts may seem, they are unquestionably true.

It is impossible to summarize the life of Queen Elizabeth II without mentioning the bloodshed and subjugation over which she reigned; it’s literally why people around the globe call themselves her “subjects.” Ignoring the fact that she willingly became the head of an institution that has oppressed, brutalized and stolen its way into historical importance isn’t “respect”; it’s malfeasance. Yes, I imagine that she was beloved and respected by many. However, painting a portrait of British Betty as a revered ruler is as ahistorical as not pointing out that the guy who said “all men are created equal” wrote more words opining about why Black people were not equal between the time he spent raping an enslaved woman.

The only reason anyone would characterize the truth as “disrespectful” or “lacking decorum” is if they’ve decided to perpetuate a false narrative. Of course, the act of silencing non-white voices is why so many white people believe the whitewashed history they’ve been fed. For them, the idea that Black people have always seen America as a racist country is as unthinkable as a not-so-nice tweet from a woman of parents from two separate colonies ruled by some lady named Queen Elizabeth. White people have never heard or experienced that kind of vitriol before—not because they are dumb or racist but because they are white. 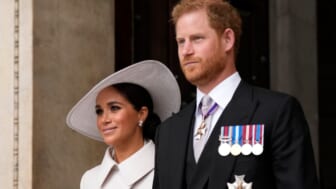 Don’t worry; the queen’s legacy is safe. But, if not for these uncomfortable truths, we’d be inundated with glowing stories like the BBC’s piece on the queen’s “longstanding relationship with Africa,” written as if the whole continent of Africa was a little suburb south of big ol’ England. As if 400 years of theft, genocide and bloodletting didn’t pad the British throne. As if the people in a poor African village put the world’s largest diamonds in the mail addressed to the queen to show their appreciation and now they want them back (Seriously, that’s actually the story of the British crown).

In Ireland, the queen’s popularity was 50 percent. Barbados kicked her to the curb and the majority of Jamaicans have supported her removal for over a decade. Many in South Africa feel the same way. If not for the voices from the Elizabeth-hating diaspora, the queen’s popularity might have become one of those suburban myths like “happy slaves,” states’ rights segregationists or the great abolitionist Thomas Jefferson, who was so busy “libertying,” he didn’t have time to emancipate a single enslaved person in his life—including his children.

By giving hell to the queen, you disprove the notion that oppressed people all around the world enjoy being colonized, robbed and killed. Your dragging echoes the sentiments of one of Queen Elizabeth’s high school classmates:

Friends, Romans, countrymen, lend me your ears;
I come to bury Caesar, not to praise him.
The evil that men do lives after them;
The good is oft interred with their bones;
So let it be with Caesar.

Unless, of course, you prefer “cancel culture.”