‘Atlanta’ is back and slaying Karens in Episodes 1 and 2

OPINION: The best show on TV roars into its final season with two episodes about Karens. 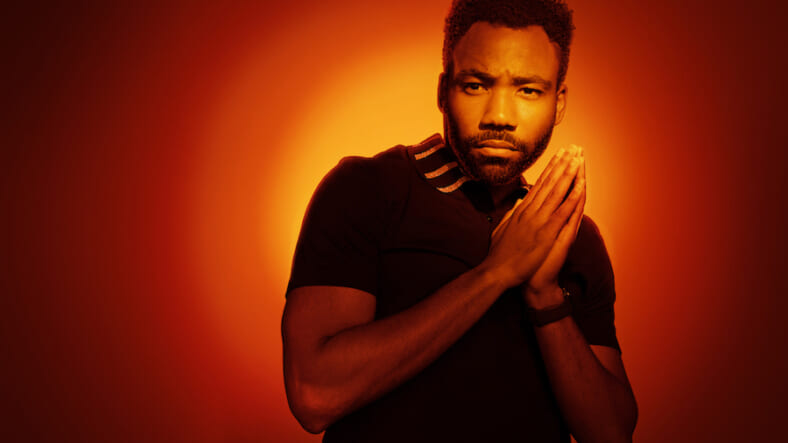 “Atlanta,” the best show on TV, is back for one final season, and after a long, bizarre trip through Europe, it’s returned to its namesake city to explore capitalism and Karens in the first two episodes. One thing I love about “Atlanta” is that the show is happy to be weird. It’s happy to leave us confused for a long time. It loves diving into moments that wouldn’t be out of place in a French surrealist film. And tonight’s episodes – with an abundance of Karens – brought the weird and the catharsis.

Both of the first two episodes spend a lot of time on Karens, the pain they can cause in Black lives and the joy of watching their defeat. Most Black people have had some white woman somewhere use the small amount of power she has to hurt us in some way. She could be an annoyance or a life-threatening hurdle. But we all know Karens well enough that seeing them get their comeuppance is a thrill.

The first episode of the new season gives us a scooter-using Karen who chases Darius (Lakeith Stanfield) throughout the episode like a movie monster who moves with comic slowness. Yet, she is always, somehow, just behind him. We first meet this entitled, cranky, rolling stalker as Darius coolly exits the chaotic looting of a department store. People are grabbing whatever they want. Security has disappeared. Capitalism has broken down. Yet somehow she’s appointed herself the defender of the store.

She chases Darius over an item that he did not steal, but she assumes his guilt and is married to the imperative to chase him down. She’s the embodiment of racism, falsely accusing him and then chasing him throughout his day leaving Darius unable to shake her no matter what he does. The episode ends with the sound of her coming up behind yet another Black person. 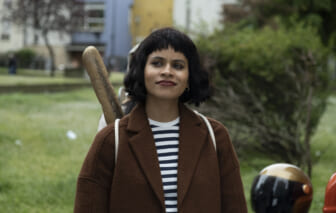 In the second episode, Earn (Donald Glover) lures an entirely different Karen into an elaborate trap to get revenge. We watch a Karen mess with Darius in episode one, and then in episode two we hear Earn, in therapy, telling story after story of being wronged by white women.

And then we see Earn make a Karen suffer. And that is a holy catharsis.

The schadenfreude of watching a wack white woman in tears as her dream crumbles is delicious. The episode ends with the song “Cold Blooded” by Rick James because Earn is absolutely cold blooded in his giant prank. Was it extreme pettiness or terrorism? I lean toward pettiness because “terrorism” doesn’t apply here. She’s not an innocent civilian. She’s an enemy combatant. She’s out here using her power as a white person to mess with Black people at the airport. She’s racist, and she gets what she deserves. How many times have you had some white person mess with you for no reason, and you wanted to get them back? Watching Earn get her back feels so good.

“Atlanta” always has multiple themes woven through each episode, and in the first episode there’s a lot of interesting commentary on capitalism. It opens with the breakdown of order in the department store where one could say people are liberating the things they need. Then we meet a man who says he’s “trapped” in his job at AT&T where he’s worked for about a decade. And then there’s the weirdness of Earn’s ex who can’t escape the mall as she wanders through the maze it creates. People are held captive by capitalism until it completely falls apart.

The story of Blue Blood is also a commentary on capitalism. He’s an innovative, authentic, beloved MC who never made it big. You have to go through a whole crazy scavenger hunt to find his funeral. He’s at the opposite end of the spectrum of capitalism from a department store. Those national brick and mortar behemoths are intentionally easy to find. They stock something for everyone, and they constantly trumpet their glory. Blue Blood, on the other hand, is purposely hard to find even after his death. He’s not for most consumers, and only certain hip hop fans, the serious hip hop heads like Paper Boi, will love him immensely. 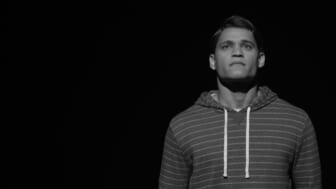 Also Read:
‘Atlanta’: Can you pass?

We learn that Earn has got some heavy stuff going on. He’s in therapy even though he has to endure Paper Boi teasing him about it. He’s got depression, anxiety and panic attacks even though he feels like his life is going as well as it ever has. “Anxiety about what?” he tells his therapist. “My life is good.”

But we find out he’s also dealing with the memory and unresolved trauma of a family member abusing him and a white woman demonizing him while he was in college and making him feel angry and powerless. He cries as he recounts the story of the Karen who took his property, refused to return it and then maligned him as a monster when he entered her room without her consent.

But when Earn seeks revenge on Airport Karen, he’s not getting back at just her. He’s also calling back to the many white women who have messed with his life. In one way, the idea that Earn took that much time and effort to get someone back shows why he needs to be in therapy. Only someone who’s not well and is not sufficiently focused on themselves would be vindictive enough to spend a ton of time and money on revenge. But in a larger context, perhaps this is a perfectly rational response to the constant assault of Karens. Someone has to teach them a lesson.