"I have a legacy to live up to, a legacy that my grandfather began, that my brother and I continue," the young boxer said.

The grandson of Muhammad Ali is on a mission to live up to his famous family’s legacy.

Biaggio Ali Walsh, 24, is officially an MMA fighter after signing an amateur contract with the Professional Fighter’s League on Sept. 14, PEOPLE reports.

“I am more than blessed and grateful to announce that I will continue my amateur and pro career with the PFL,” Ali Walsh said on Instagram. “God is great and I can’t wait to continue the tradition of fighting that runs through my family.”

Ali Walsh is the son of Rasheda Ali, one of four children Muhammad Ali had with his ex-wife Khalilah Ali. His younger brother, Nico, 22, is an undefeated professional middleweight boxer (6-0) signed with Top Rank Boxing promotion, the New York Post reports. Their aunt is TV personality and retired professional boxer Laila Ali.

In 2016, the Nevada high school football star committed to playing football at the University of California, Berkeley. He spent two years at the university before transferring to University of Nevada, Las Vegas in 2019, according to the Post. He entered the world of MMA fighting the following year. 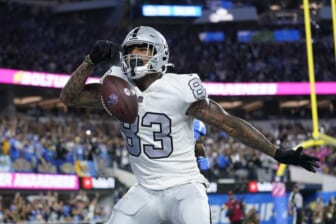 “My grandfather had a huge impact on my entire life,” Ali Walsh told PEOPLE in talking about his grandfather’s legacy. “As a little kid, I would go to restaurants and movies with him, everybody would stop what they were doing and start clapping.”

As Ali Walsh got older, he came to fully understand the impact of his famous grandfather’s legacy and how it influenced him. “As far as who he is as a person, his confidence, mental toughness, man — it’s just always inspired me,” he added.

Professional Fighters League CEO Peter Murray said in Wednesday’s statement, “We are excited to watch Biaggio’s journey from amateur to professional on the world stage with the PFL.” Ali Walsh’s main goal “is to one day become a PFL World Champion.” 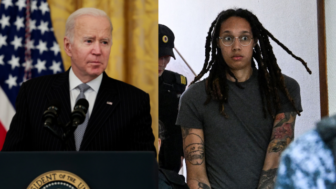 “I have a legacy to live up to, a legacy that my grandfather began, that my brother and I continue,” Ali Walsh said in a statement on Wednesday.

The MMA fighter will make his promotional debut against a not-yet-named opponent at PFL’s World Championship on Nov. 25. The location has not yet been disclosed, according to ESPN.