SEATTLE (AP) — The attorney for a Black man serving a virtual life sentence for shootings he committed at 17 has asked the Washington Supreme Court to reconsider a split ruling that upheld his sentence, saying the leniency it granted white defendants in similar situations reveals racial bias.

The decision abandoned a precedent issued just a year earlier in which the court said — in the case of a white defendant — that such lengthy punishments for juvenile killers were unconstitutional because it left them no chance of a meaningful life outside prison.

“When this Court makes decisions reflecting racial bias, it must review and correct them,” Travis Stearns, an attorney with the Washington Appellate Project, wrote in a motion filed last week. “Because this decision reflects such a bias, this Court should reconsider its decision and provide Tonelli with the same relief white litigants who appeared before this Court received.”

On Monday, three civil rights organizations — the Fred T. Korematsu Center for Law and Equality at Seattle University School of Law; the Juvenile Law Center, based in Philadelphia; and Huy, which supports indigenous inmates in the Pacific Northwest — filed a friend-of-the-court brief saying the decision was also wrong because it failed to account for the youthful defendant’s capacity for rehabilitation. 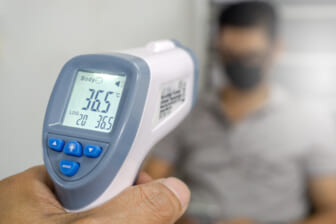 Anderson was 17 when he shot two women, killing one and blinding the other, during a drug robbery in Tukwila in 1994. An accomplice also shot and killed a man at the same home.

Anderson was not immediately arrested, but went on to commit other crimes as a young adult, including assault and robbery, and he wrote letters to girlfriends bragging about the shootings. It wasn’t until 1998, after someone tipped off investigators about the letters, that he was charged.

He was convicted of first-degree murder in 2000 and sentenced to 61 years. Following federal and state rulings that children must be treated differently by the justice system, he was granted a new sentencing hearing in 2018. The judge gave him the same term, finding Anderson had not shown the shootings reflected “transient immaturity.”

In recent years, the Washington Supreme Court has taken further steps restricting what sentences can be imposed on children.

In 2018, the justices held that it violated the state Constitution to sentence 16- or 17-year-olds to life in prison without parole. That ruling came in the case of Brian Bassett, a white man who killed his parents and brother when he was 16. Bassett has since been resentenced to 28 years. 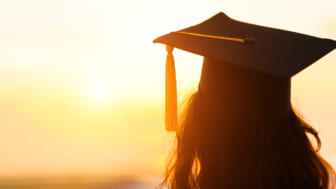 Last September, the court struck down a 46-year sentence for Timothy Haag, a white man who was 17 when he drowned his 7-year-old neighbor. In that case, a six-justice majority held that juvenile murder defendants must be given “a meaningful opportunity to rejoin society after leaving prison.”

Nevertheless, the court last month rejected Anderson’s request for a new sentencing. Justice Debra Stephens wrote for the 5-4 majority that such virtual life sentences for juveniles are barred by the state Constitution only if their crimes “reflect youthful immaturity, impetuosity, or failure to appreciate risks and consequences.”

Anderson’s was not such a case, Stephens said.

Justice Mary Yu wrote it would be “willfully oblivious” to conclude race played no role.

“Bassett and Haag are both white. Anderson is Black,” Yu wrote. “Bassett and Haag were both recognized by this court as former juvenile offenders capable of redemption and rehabilitation, and they were ordered to be resentenced accordingly. Anderson has been denied any such recognition and resentencing, contrary to the law and the evidence.”

The King County Prosecutor’s Office, which opposed granting Anderson a new sentence, is due to respond to Anderson’s motion for reconsideration by Oct. 17. The office previously urged the justices to overturn the decisions in the Haag and Bassett cases, saying they were incorrectly decided. Anderson’s youth did not play a significant role in his crimes, it argued.