Missy Elliott honored with Virginia street that bears her name

The Grammy-winning artist also received a key to the city during the renaming ceremony and parade on Monday.

Hip-hop star Missy Elliott has a key to the city and a portion of a street has been named for in Portsmouth, Virginia, her hometown.

According to a news release, CNN reported, the Portsmouth City Council voted unanimously to rename a portion of McLean Street to “Missy Elliott Boulevard.” The street is home to the Victory Crossing Shopping Center, Tidewater Community College and the future Portsmouth Rivers Casino, according the release.

The four-time Grammy-winning artist (born Melissa Arnette Elliott) also received a key to the city during a renaming ceremony and parade on Monday.

“We’re beyond proud of Missy’s accomplishments and so thrilled to have the opportunity to celebrate her,” said City Manager Tonya Chapman in the release. “Missy’s trailblazing career is a testament that when you dream big, anything is possible.”

“I’m crying Tears of Joy,” Elliott wrote on Instagram. “I have been BLESSED so much but this right here hits my heart differently.” 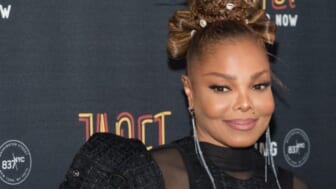 The street-naming comes nearly a year after Missy Elliott was honored with a star on the Hollywood Walk of Fame in November 2021. As theGrio previously reported, her placard is located in front of the famed Amoeba Records on Hollywood Blvd.

“I am so Humbly Grateful??? #hollywoodwalkoffame???????, Elliott wrote in an Instagram post at the time. “I’ve had to climb over many obstacles & I have been through a lot…but through the grace of God I never gave up even when times have been tough I have FOUGHT!” 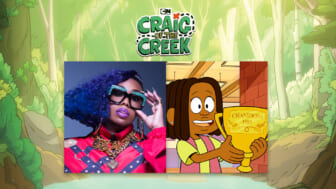 In related news, over the summer it was annoucned that Missy Elliott will lend her voice to a character on the Cartoon Network’s Emmy-, GLAAD- and NAACP Image Award-nominated series “Craig of the Creek.”

TheGrio reported in July that in the forthcoming episode titled “The Jump Off,” Craig issues a double-dutch jumprope challenge to some Creek kids. The kicker is that he himself does not know how to double dutch. Elliott portrays 1989 double-dutch champion Carla Frazier, a rival of Nicole, the previous double-dutch queen and also Craig’s mother.

The airdate for the episode featuring Elliott has yet to be announced, according to Warner Media.