The deluxe edition of Jackson's 1997 triple platinum album will contain rare remixes and B-sides on streaming platforms for the first time.

Janet Jackson’s 1997 album, “The Velvet Rope,” will be getting a 25th-anniversary re-release. Universal Music Group announced Monday that a deluxe edition of the hit album will be available Friday and will feature at least 10 tracks of bonus material and remixes.

“The Velvet Rope,” released on October 7, 1997, was Jackson’s sixth solo studio album. Continuing her successful creative partnership with Flyte Time producers Jimmy Jam and Terry Lewis, the album was Jackson’s most personal at the time. It tackled issues of domestic violence, female sexuality and mental health.

The album debuted at No.1 on the Billboard 200. It contained two top-five Billboard Hot 100 singles, “Together Again (No. 1)” and “I Get Lonely (No. 3).” It also included the singles “Go Deep” and “Got ‘Til It’s Gone,” featuring Q-Tip and Joni Mitchell. The album went on to be certified triple platinum and won a Grammy for Best Music Video, Short Form, for “Got ‘Til It’s Gone.”

Universal Music Group will release the deluxe edition digitally, and it will feature numerous remixes previously only available on CD. These include club remixes by David Morales & Frankie Knuckles, Masters at Work, Tony Moran, Jason Nevins, Tony Humphries, Timbaland and Missy “Misdemeanor” Elliott’s remix of “Go Deep,” Teddy Riley’s TNT Remix of “I Get Lonely” featuring BLACKstreet and  the J. Dilla (Ummah Jay Dee) remix of “Got ‘Til It’s Gone.” In addition, the set will include rare B-sides “Accept Me” and “God’s Stepchild.” 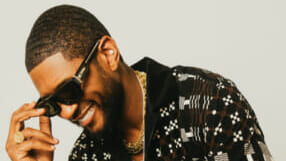 Along with the deluxe edition of the album, remastered HD versions of Jackson’s “Velvet Rope” videos also drop on YouTube Friday. This includes the visuals of “Got ‘Til It’s Gone,” “Together Again (Deeper Remix),” “You,” “Go Deep” and “I Get Lonely.”