From the onset, Kendrick Lamar put everyone on notice a decade ago that his forthcoming album would not be just another album. In fact, it wouldn’t be an album at all.

The front cover said it plainly: “good kid, m.A.A.d. city; a short film by Kendrick Lamar” accompanied by a photo of baby Lamar, surrounded by men with their faces blocked out. An alternate cover showed just a minivan parked in front of a Compton home on a sunny day.

Right at the start, the Compton rapper indicated for the listener that this would be something different.

Ten years to the day of its release, it has become apparent just how much “good kid, m.A.A.d. city” was an indicator of everything that we would get next from Lamar.

Rappers have music catalogs. Lamar has an epic. A saga. A cinematic universe. Lamar interweaves his story with each passing album, the same way the Marvel Cinematic Universe does.

If Beyoncé is the queen of the visual album, then Lamar is the king. For Beyoncé, an album is one element of a multi-discipline presentation. She exemplifies it in “Lemonade,” “Black is King” and her self-titled album.

Lamar uses music videos, television performances and live concerts with equal mastery as Beyoncé, but he relies purely on the writing in his albums to fulfill the visual appetite of the story he is telling — “good kid, m.A.A.d. city” is one example of this.

“Section.80,” Lamar 2011 debut studio album, also followed a narrative structure loosely based on the trials of two fictional women named Keisha and Tammy. While “good kid, m.A.A.d. City” is his second album and is rooted in part in “Section.80,” it goes far beyond its predecessor in scope and precision, catapulting the Dr. Dre protégé into the mainstream 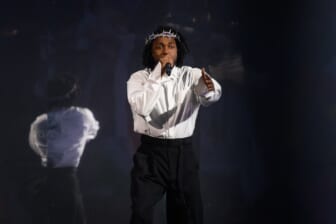 “Good kid, m.A.A.d. City” has all the makings of a film. It has subplots, side characters, rising action. There is a conflict, a climax and a resolution. It plays like a script more than an album. Lamar contorts both his voice and his cadence with each song, should it require a new vantage point or point in the timeline. This is a skill he would later refine on “To Pimp a Butterfly” and “DAMN,” and it eventually led to the launch of the creative collective PGLang.

What “good kid, m.A.A.d. City” established is Lamar’s acute knack for world-building and character development. Here you have Kendrick, a teenager in Compton who has to navigate his environment while encountering the everyday dangers of violence and cultural taboos.

Throughout the album, Lamar has to deal with vices of sex (“Sherane,” “Poetic Justice”), alcohol (“Swimming Pools”), criminality (“The Art of Peer Pressure,”), and toxic masculinity (“Backseat Freestyle”). You experience the tug-of-war he goes through between said vices and the evils that plague the neighborhood and the grounded love and morals of his mom and dad.

Songs like “Good Kid,” “m.A.A.d city,” “Money Trees” and “Sing About Me/I’m Dying of Thirst” illustrate that push and pull before he ultimately allows his faith to pull him through the turmoil, allowing him to realize his youthful dream of being a rap artist.

Each album is different, but they are all connected. Characters from prior albums are recalled or reappear in each follow-up project. “good kid, m.A.A.d. City” gave updates to Keisha from “Section.80.” Lamar witnessed his friend get shot dead right before ”Sing About Me/I’m Dying Of Thirst,” and we see him exact revenge on that killer at the end of “These Walls” in “To Pimp a Butterfly.” On “Mortal Man,” the last song on “Butterfly,” he asks, “when sh*t hits the fan, is you still a fan?” an issue he revisits on “Mr. Morale & the Big Steppers.”

Lamar is not the first hip-hop act to record a concept album. Some of the best recordings of the genre are concept albums, or follow the chronological narrative. That includes The Notorious B.I.G.’s “Ready to Die,” Prince Paul’s “A Prince Among Thieves,” Little Brother’s “The Minstrel Show” and The Roots’ “Undun.” 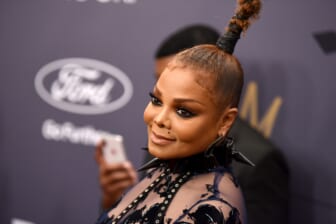 Black music, in general, is littered with visionary conceptual works.

Marvin Gaye is the blueprint for crafting thematic albums. The songs “What’s Going On,” “Let’s Get It On,” “I Want You” and “Here, My Dear” are templates for what great concept albums should be.

Curtis Mayfield was a master of the soundtrack, laying the melodic frameworks for blaxploitation motion pictures like “Superfly,” “Sparkle” and “Claudine,” as well as his own solo work like “Back to the World.”

However, Gaye and Mayfield never truly connected the albums the way that Lamar does. In that, his catalog more closely resembles “The Lord of the Rings” or “The Chronicles of Narnia.”

Now that Lamar is established among the elite in the music world at large, it’s easy to forget how unusual and radical it was for a mainstream rap artist like Kendrick to constantly create albums with such dense narrative structures and to interweave those narratives across projects.

The dedication, discipline and patience it takes to do so are astounding and must not be overlooked when discussing Lamar’s legacy.