Augusta resident Camisha Riggins says when you examine the Doc's Porchside menu, which includes "Redneck Egg Roll," their objective "is not that far-fetched."

A restaurant in Georgia has issued an apology for its contentious Halloween decorations, which showed a person hanging from the ceiling by a noose, a sack over its head, with bound hands.

According to The Augusta Chronicle, following the uproar sparked by the controversial decorations, Doc’s Porchside in Augusta is no longer open. The restaurant claimed staffers installed the prop — supposedly merchandise purchased years ago from HalloweenProps.com — exactly as they took them out of the box and made no alterations.

“We decorated for Halloween and a hanging zombie was included with our décor,” said Doc’s Porchside in a statement on Monday, The Chronicle reported.

They reportedly showed photos of a green zombie to back their claims.

“Our intention was a Halloween theme, and we’re sorry for the offensive nature. … We have removed the zombie from the decorations,” read the Doc’s Porchside statement, according to The Chronicle. 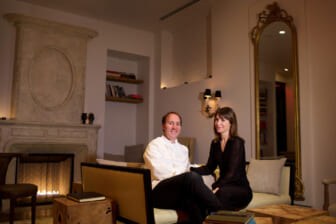 She said when you examine and analyze Doc Porchside’s menu, which includes items like the “Mason-Dixon Burger” and the “Redneck Egg Roll,” the restaurant’s objective “is not that far-fetched.”

“I made the TikTok because I’m an African American woman, I am in the Augusta area, I’ve eaten there once before, so it was just mind-boggling that that happened,” said Riggins, The Chronicle reported.

The restaurant, which has another location in Grovetown, declined to confirm the employment status of the people who made the purchase, installed the decoration or gave it their approval.