Atlanta-area county sued for not mailing voters their ballots

Several voters in the Atlanta, Georgia area face the possibility of being unable to participate in Tuesday’s midterm election due to an oversight with absentee ballots. As a result, they have filed a lawsuit in Superior Court to resolve the issue.

According to The Atlanta Journal-Constitution, election officials in Cobb County admitted on Friday that they did not send absentee ballots to 1,036 voters who had requested them.

Four affected voters and the Cobb County Democracy Center, a voter education organization, filed a lawsuit on Sunday, asking a judge to order that ballots be sent by overnight mail and to extend the state’s deadline for returning them.

“Cobb County residents should not be stripped of their vote and their voice in government due to their ballots being mailed out late,” said attorney Poy Winichakul of the Southern Poverty Law Center, according to The AJC.

However, according to Cobb County Election Director Janine Eveler, election workers failed to upload absentee ballot information to a vote mailing machine on Oct. 13 and Oct. 22, circumstances she classified as a “critical error.” 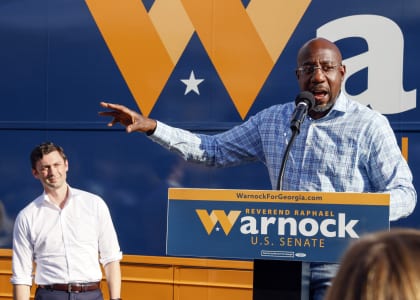 According to the lawsuit, voters’ ballots are unlikely to be returned in time to be tallied without judicial intervention. The deadline for submitting an absentee ballot in Georgia is the close of business Tuesday, Nov. 8, with a deadline of Monday, Nov. 14 for military and overseas voters.

The ACLU of Georgia pointed the finger at Cobb County’s elections office and Georgia’s voting statute implemented last year, which reduced the time required to seek and submit absentee ballots.

Before the statute, voters had 180 days to seek an absentee ballot, and 49 days were allowed for the county to mail it. Per the new legislation, voters may only request ballots 78 days before an election. Officials can’t send them until 29 days before the election.

Election officials reported that 271 of the 1,036 voters who didn’t receive ballots have already canceled their absentee ballots; they voted in person during the early voting period, which ended on Friday. 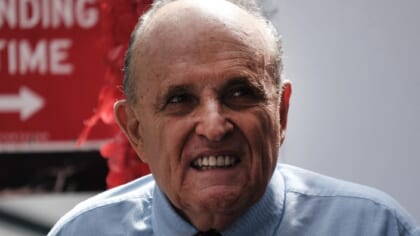 State staffers are trying to get in touch with the other impacted voters by phone or email, The AJC reported, but those who didn’t receive their ballots can still cast them in person on Election Day tomorrow. That didn’t lessen criticism of Georgia election officials’ action — or in this case, lack of it.

“Hundreds of eligible Cobb County voters did everything right,” noted Jonathan Topaz, an attorney for the American Civil Liberties Union’s Voting Rights Project, “and yet find themselves on the brink of total disenfranchisement because they were never mailed their absentee ballots, as is required under Georgia law.”