Ruby Freeman and her daughter, Wandrea ArShaye "Shaye" Moss, alleged in a lawsuit filed last year that Giuliani and other defendants defamed them by making false claims.

Two Fulton County election workers have received the green light to move forward with a lawsuit against Rudy Giuliani, who they say turned their lives upside down by making false claims of voter fraud.

According to The Atlanta Journal-Constitution, a video of Ruby Freeman and her daughter, Wandrea ArShaye “Shaye” Moss, from the ballot counting at State Farm Arena in Atlanta on election night in 2020, was dubbed a “smoking gun” for voter fraud by Giuliani. He was the legal counsel for then-President Donald Trump.

The women said these false allegations subjected them to months of harassment and threats, resulting in the FBI warning Freeman to leave her house. Freeman attributed the blame to multiple individuals, including Giuliani and Trump.

“There is nowhere I feel safe,” Freeman told congressional investigators in June, according to AJC. “Nowhere. Do you know how it feels to have the president of the United States target you?”

Freeman and her daughter alleged in a lawsuit filed last year that Giuliani and other defendants, including One America News Network, defamed them by making untrue claims based on the video footage. Despite the FBI, the Atlanta U.S. Attorney’s office and the Georgia Secretary of State’s office concluding that the two election workers did nothing unlawful, Giuliani persisted in his accusations against them. 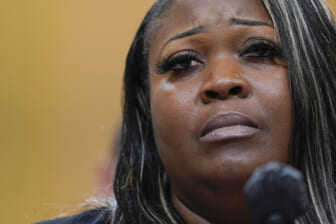 Howell condemned the increasingly outrageous panic from those alleging the election was being “stolen” and ruled that Giuliani propagated and advanced the false narrative. She referenced several false claims about Freeman and Moss, including “stealing the votes” and “ballot stuffing.”

It’s the most recent blow to Giuliani and his allies, who ran a coordinated effort to reverse Joe Biden’s victory in Georgia and other crucial states. They made fraudulent claims of voting fraud to convince state lawmakers and then-Vice President Mike Pence to disregard the official presidential electors in favor of those who would vote for Trump.

Howell determined that a reasonable jury may decide that Giuliani, Trump, and others established a plot to raise doubt about the outcome of the 2020 election by starting a propaganda campaign. 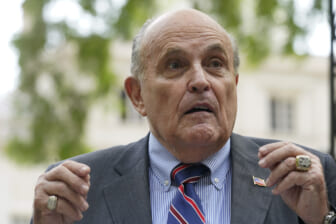 Also Read:
Giuliani is target of election probe in Georgia, his lawyers are told

Giuliani is now the only defendant in the lawsuit since One America News Network has already negotiated a settlement and publicly acknowledged that neither Freeman nor Moss had engaged in voter fraud. He is facing other legal troubles, as a separate case from Fulton County’s criminal investigation into Trump’s attempt to rig the election has Giuliani as a target.

Others who were reportedly involved in an effort to persuade Freeman to falsely declare she had committed election fraud have also been served subpoenas by the grand jury.