The three-time Grammy winner joins past recipients of the honor that include Dwayne ‘The Rock’ Johnson and Tyler Perry.

The three-time Grammy Award winner is getting the honor in acknowledgment of her groundbreaking work in music and in television. She’s been a champion of body positivity and inclusion in the realms of sexuality, race and gender.

Lizzo won an Emmy Award for her Amazon Prime Video competition series,  “Lizzo’s Watch Out for the Big Grrrls,” where she gives fellow full-figured women an opportunity to join her tour as backup dancers. The lead single from her 2022 album, “About Damn Time,” hit No. 1 on the Billboard Hot 100.

Cassandra Tryon, senior vice president of entertainment live events at NBCUniversal Television and Streaming, spoke about Lizzo’s impact on the entertainment business and fans in a statement:

“Lizzo is not only an incredibly talented performer and groundbreaking entertainer, she is also a role model and inspiration to fans worldwide. She leads with kindness, advocates for inclusivity, and champions increased diversity and equity in the industry and beyond,” said Tryon. “Her commitment to breaking barriers and empowering others to use their own voices to create change makes her a true ‘People’s Champion.’”

Past winners of the People’s Champion Award include Dwayne ‘The Rock’ Johnson, Tyler Perry, P!nk and Bryan Stevenson. 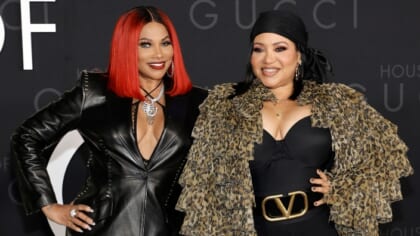 Also Read:
Salt-N-Pepa to receive star on the Hollywood Walk of Fame

The 2022 People’s Choice Awards show will air on NBC and E! on Dec. 6 at 9 p.m. EST from Barker Hangar in Santa Monica. Kenan Thompson returns as host for the second consecutive year.