Are men capable of admiring women?

OPINION: A question on TikTok prompted a deeper discussion about whether misogyny makes it harder for men to consider female role models.

Touré   |
Serena Williams of the United States walks off the court after having played her final career match against Ajla Tomljanovic of Australia in the third round on Day 5 of the US Open Tennis Championships at USTA Billie Jean King National Tennis Center on September 02, 2022 in New York City (Photo by Robert Prange/Getty Images)

I saw a woman on TikTok say she can stump almost any man with one specific question. The question was “Name three women who you are not related to who you admire and want to be more like.” I immediately saw her point.

Misogyny generally blinds most men from seeing women as people they want to admire and, critically, to be like. So much of masculinity is about making sure we are not like women. We may love women, but we are taught to aspire to be like successful men. The qualities that most men respect in women are not the qualities that men are told to aspire to. Misogyny has also made it harder for women to be successful in many of the fields that many men look to for role models — sports, politics and business. There are all sorts of barriers that prevent women from succeeding at the same rate in these fields.

When I was a teenager, I mostly looked to athletics to find people to admire. We’re in a world where women’s sports are given far less attention and respect than men’s sports, but I grew up obsessed with tennis, perhaps the only major sport that has a professional women’s side that’s decades-old and robust. In pro tennis, every few months the men and women come together at the Grand Slam tournaments — Wimbledon, the French Open, the U.S. Open, the Australian Open — and play simultaneously. No other sport has men and women players as deeply engaged as tennis. And yet, in my young mind, my tennis idols were almost exclusively men. When I think back to the pictures I had on my wall as a kid, there were lots of photos of John McEnroe, Boris Becker, Arthur Ashe, Jimmy Connors, and Stefan Edberg, and maybe one photo of Martina Navratilova. Even in the culture of a sport where women were treated as equals, I still didn’t see many women I could look up to.

Nowadays, there are women I admire, for sure. I have a list that I’ll get to, but as a way of making the question harder for myself, of trying to force myself to tell the truth, I asked myself how many autobiographies or biographies of women have you read? Damn. I read Audre Lorde’s “Zami,” which was searing and powerful, and of course, Maya Angelou’s “I Know Why the Caged Bird Sings,” but “Zami” was part of me teaching myself how to write a memoir and “Caged Bird” was assigned by a high school teacher.

I’ve also read “Seeing Serena,” a biography of Serena Williams by Gerald Marzorati, “Assata,” which is the autobiography of Black Panther Assata Shakur, and “A Taste of Power,” which is Elaine Brown’s memoir of her time in the Black Panther Party. I also loved Senator Elizabeth Warren’s autobiography “A Fighting Chance.” I haven’t yet read Michelle Obama’s “Becoming,” but I did attend an event where she discussed the book in front of a large crowd. I’ve gotten through several books about the lives of women, but the number of books I’ve read about the lives of men is much larger. That’s a bias in myself that I’m just now noticing.

I do genuinely admire and hope to be more like Serena Williams — I admire her toughness, determination, and strength. She is one of my favorite tennis players ever. I immensely respect Michelle Obama’s grace under pressure and her sense of decorum and morality — her idea that “when they go low, we go high” is seared into my mind. I think Oprah is the greatest interviewer alive and an extraordinarily talented communicator and broadcaster. It would be extraordinary to achieve even a fraction of her level of onscreen charisma. I think Toni Morrison is possibly the greatest writer of the previous century. I have studied her sentences closely to understand how they work. All of these women are role models who I aspire to be more like. 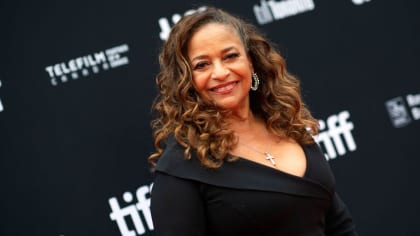 Also Read:
The legendary Debbie Allen is my guest on this week’s ‘Masters of the Game’

Men have much to learn from women yet, in many cases, we’re letting misogyny and toxic masculinity block our chances to do that. There are so many things we need to take from women — we most definitely need to learn from the qualities that many women hold dear. We need to be more emotionally intelligent. We need to be better at expressing our feelings and articulating them. We can do better at nurturing others and being overt about our love. When I hear people complaining about the feminization of men, I pull my hair out because the comment is ridiculous, and besides, the whole conversation is backwards. The complainers are bemoaning that men are not like the way men used to be, but this is ultimately a defense of toxic masculinity. We should allow the feminization of men if it means men borrowing key traits from women that will help us be better people.