‘The Best Man: The Final Chapters’ full trailer teases ‘the best times are yet to come’

The highly anticipated third installment in "The Best Man" franchise brings the original cast together again for one final reunion.

The next installment in “The Best Man” franchise is almost here! A limited series coming to Peacock, “The Best Man: The Final Chapters” has just dropped the full-length official trailer weeks before its highly anticipated official premiere next month.

“It’s gonna be just like old times, only better, right?” Perrineau as Julian states at the start of the trailer, as the gang prepares for Quentin (Howard) to make his way down the aisle. The teaser also reveals a major plot point tied all the way back to the original film. Harper, played by Diggs, finds out his book “Unfinished Business” is getting the Hollywood treatment: a film adaptation.

Fans may remember the book as a main aspect (and point of contention within the friend group) in the original film. “That book caused a lot of drama,” Lathan’s Robyn tells him in the clip. 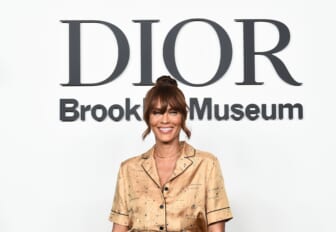 “Life doesn’t always go the way we expect, but we’re lucky, we end up where we’re supposed to,” Harper states toward the end of the clip. Check out the trailer below:

As theGrio previously reported, the series was first announced back in 2021.

In a statement along with the announcement, Lee shared, “Here we go! The band is back together! I am very excited to bring these iconic characters back to the fans who have supported us through this franchise. We are thrilled to deliver everything one would expect from this group of friends in ‘The Best Man’ universe and take them through their final chapters.” He added, “We can’t wait! I told you it wouldn’t be 14 more years.”