Amber Riley wins ‘The Masked Singer,’ revealed as the Harp

The Harp won season eight of Fox’s “The Masked Singer,” and was revealed as Amber Riley. The singer-actress was unmasked at the end of the two-hour finale.

Riley’s win came after her final two performances as the Harp, singing show-stopping renditions of Lady Gaga’s “The Edge of Glory” and John Mayer’s “Gravity.” She beat out fellow finalists, singing trio The Lambs, who performed Chaka Khan’s “I’m Every Woman” and Foreigner’s “I Want to Know What Love Is” during the finale.

While many on social media had long speculated Riley was the voice behind the mask, three of the four “Masked Singer” judges failed to guess the Harp’s true identity. Ken Jeong thought it was Jennifer Hudson; Jenny McCarthy guessed Jordin Sparks was under the mask, and Robin Thicke believed it was Yvette Nicole Brown. The only judge who correctly identified Riley as the Harp was Nicole Scherzinger.

Riley has been a frontrunner for “The Masked Singer” since season eight began. The former “Glee” star brought the house down all season with versions of Whitney Houston’s “I Have Nothing,” television theme songs from “Full House,” and “The Golden Girls,” and Lizzo’s recent number-one smash, “About Damn Time,” which Riley performed one last time after being unmasked. 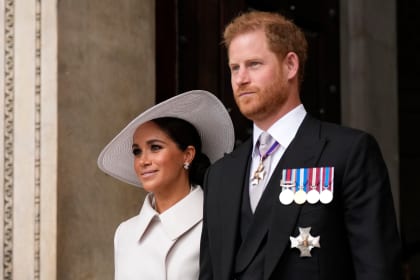 After Wednesday’s victory, Riley becomes the first celebrity to win both “The Masked Singer” and “Dancing With the Stars,” according to Vulture. The singer won the Mirrorball Trophy in 2013. Riley was overcome with emotion after her win.

“This has been such an amazing experience just to be able to come out here and be completely covered and let my talent speak for itself,” Riley said.