Multiple California tax liens have been filed against Ye's Yeezy Apparel in the past two years, remaining active as the company's future remains unclear.

The Trump Organization isn’t the only one in tax trouble. On Wednesday, reports surfaced that the Yeezy Apparel brand, one of five Yeezy limited liability corporations based in California and owned by fellow MAGA enthusiast Kanye “Ye” West, owes over $600,000 in unpaid taxes. Yeezy Apparel’s six-figure debt adds to the rapper/designer/entrepreneur’s mounting woes amid backlash for his ongoing anti-Black and antisemitic rhetoric, which has included the recent finalization of lucrative brand partnerships with Adidas and Gap.

As reported by NBC News:

[Government] records, a series of state tax lien notices from the last two years, show the state of California claiming that Yeezy Apparel, a company managed and reportedly owned by Ye, owes over $600,000 in unpaid tax debt. Three separate notice letters were sent in July 2021, in February and in September. A lien is a claim made on a person or entity’s assets in response to an alleged debt.

Noting the “growing portrait of chaos surrounding Ye and his businesses,” NBC News recounts that during a recent appearance on far-right wing podcast host Tim Pool’s podcast, the embattled entertainer-entrepreneur claimed several of his personal accounts were frozen due to tax debt and that he purportedly owed $50 million. This news followed the removal of Ye’s billionaire status by Forbes, following the dissolution of his brand partnerships. 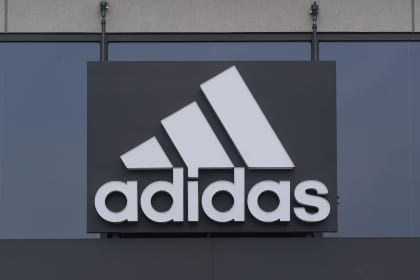 “Multiple California tax liens, adding up to $600,000, that’s certainly a sign of either extreme incompetence or extreme cash problems,” USC Gould School of Law Professor Edward McCaffery told the outlet, later adding: “If you’re screwing up on this, you’ve got bigger problems and there’s probably other things you’re not paying. But on the other hand, it could be consistent with just kind of a bare-bones operation that’s a little sloppy.”

In total, NBC News found 17 government liens against four of Ye’s California entities. Four of those liens are still classified as “active” debts owed to the state, with the earliest dating back to 2020. That same year, Yeezy LLC reportedly received millions in federal relief as part of the Paycheck Protection Program.

While Ye has long threatened to run Yeezy independent of corporate partnership or potential interference. However, with prior IP held by Adidas, experts in the field speculate Yeezy’s best bet is to start fresh, perhaps with a new licensee that could provide infrastructure and creative support similar to that of Gap and Adidas. The question is, given his escalating behavior and dangerous rhetoric, what brand would now consider Ye worth the investment? 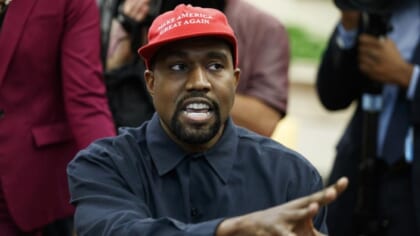 “It seems unlikely that any companies would be willing to take a risk on a volatile brand and designer such as Ye,” Kenneth Anand, co-author of the book “Sneaker Law” and former head of business development and general counsel for Yeezy, told NBC News via text. “Ye’s recent statements have clearly hurt the Yeezy brand,” his message continued. “Consumers are openly declaring that they will no longer support and wear Yeezy, even if they have spent a considerable amount of money on the brand’s products.”