How Juan Veloz became one of Hollywood’s brightest photography stars

The acclaimed Afro-Latino photographer talks about the power of his Dominican roots, family upbringing, and creating his own “Tercera Cultura” in the Metaverse.

Celebrity photographer Juan Veloz has a portfolio overflowing with Hollywood legends and rising stars. From Babyface to Chlöe Bailey, Michael B. Jordan to Raven-Symoné, Veloz brings out both an elegance and raw beauty in his subjects that have made him the go-to photographer to capture talent in their elements.  His work has been featured on billboards in LA, and he even shot official portraits for the Met Gala. For a kid from Bushwick, Brooklyn whose family migrated from the Dominican Republic, Veloz is on a professional journey rooted in his ancestors’ wildest dreams.

“My grandmother would always tell me as a kid growing up, ‘Juan, I never had photos growing up in the Dominican Republic.’ And that sparked something in me to preserve my culture [and] capture all the candid moments within my family,” he recalls.

A self-taught photographer, Veloz began taking model and documentary photos as a teen before he ever shot celebrity pictures.

“It was trial and error, and it was scary,” he says.  “It was like, I don’t know what I’m doing, but I graduated from the University of YouTube.  Art is something that cannot be taught…Your journey is your journey.”

Now, Veloz is the star in front of the camera, featured in a new campaign called the Metaverse Culture Series: Tercera Cultura (or “Third Culture”).  The Tercera Cultura series includes a short film featuring Veloz and other Latino voices talking about what it’s like creating a “third culture” from their native countries, family upbringings, and their own dreams. The series also includes a mixed-reality art installation called “Nuevo Norte” (“New North”), which can only be experienced in VR with a Meta headset. Think of it like a virtual art exhibit you can explore and immerse yourself in. 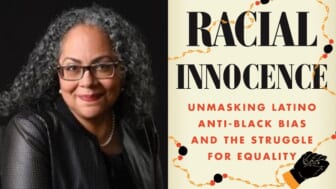 In an interview with theGrio conducted within the Metaverse courtesy of Tercera Cultura, Veloz emphasized the importance of Black people getting equitable access to new technologies like the Metaverse early and using them to express their creativity.

“This world, there’s, like, endless amounts of opportunities. Your mind can go anywhere,” Veloz said of VR and immersive experiences.  “This is a version of reality that we’re just having fun with and just creating whatever we want to create.”

While Veloz’s creativity and determination have made him stand out, his representation as an Afro-Latino artist has made his career ascent even more inspiring to those looking for a role model. Currently, there are at least 6 million people in the United States who identify as Afro-Latino, encompassing numerous countries, including the Dominican Republic, Cuba, Puerto Rico, Panama, and more.  Veloz says growing up, even in Bushwick, there were kids around him who didn’t know what to make of his intersectional identity, which impacted him.

“It was kind of like an identity crisis situation,” Veloz tells theGrio.  “My Black friends were like, ‘Your name is Juan. You’re Latino.’ Then my Latino friends would be like, ‘Well, you’re not white, so what is it?’ So it’s kind of like a struggle. I didn’t know who I was for a bit.”

A lack of Afro-Latino representation in television, film, and media only added to a sense of erasure.

“Growing up, my only representation was my family,” Veloz tells theGrio. “I wish I had somebody I could be like, ‘Oh my God, I want to do this, I see another Black Latino on a show or on, on an interview.’”

Nevertheless, Veloz leaned on his family for support and clarity.

“My family was always big on letting me know I’m a Black man,” says Veloz. 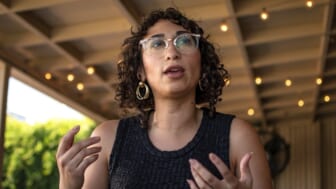 Wisdom also comes from the clients he shoots.  Veloz says one of his favorite celebs to photograph was the “Mother of Black Hollywood” herself, Ms. Jenifer Lewis, who most recently starred in “Black-ish.”

“She invited me to her home, and just the words she poured onto me… She said, ‘Juan, if you’re going to do something, never half-a** it. Always just go full-on with it.’ And that’s something that’s stuck with me forever.”

Veloz recently relocated to Los Angeles, where he’s continuing to book more work and even bigger clients. As he continues to build his brand, Veloz draws motivation from other Black creatives he admires, such as photographer Andre Wagner, Afro-Latina and fellow Dominican photographer Renell Medrano, and director Cameron J. Ross.

“I always give my flowers,” Veloz tells theGrio. “Those three definitely have been an impact and inspiration beyond my work and beyond what I do. Just as people. As good people.”

The emphasis on character is big for Juan Veloz.  Working hard, living authentically, and respecting the stories he tells from behind his lens all reflect how this acclaimed photographer wants to tell his own story in the world.

“I’m a part of something bigger. And it’s beyond me. My goal is for someone to take something from what I’m doing and be inspired.  Create from a place of love and honesty — I hope someone can take from that.”

Catch the full interview with Juan Veloz in the Metaverse above or on theGrio’s mobile app!