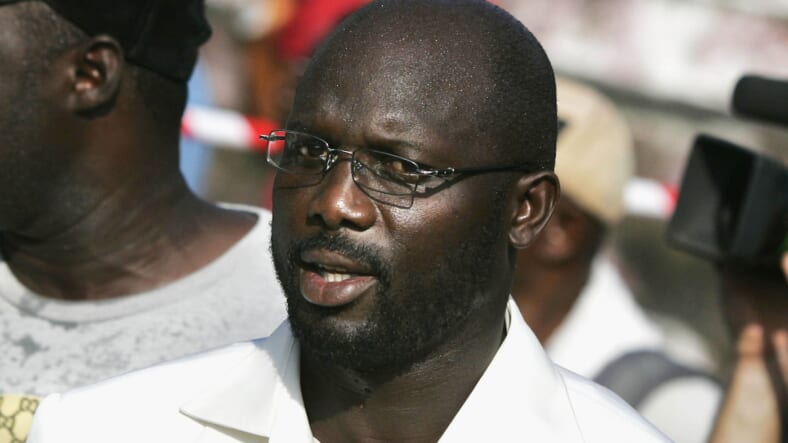 Weah has a rags to riches story made for Hollywood.

Weah was reportedly born in a slum in Monrovia, an area that depends heavily on iron ore and rubber exports. Drawing on his own experience growing up in an impoverished area, Weah campaigned on growing the economy and eliminating corruption. To a population where 80 percent of people are trying to get by on less than $1.25 a day, those promises were compelling.

What’s more, according to Al Jazeera, “Many Liberians regard the 51-year-old as a hero for his incredible rags-to-riches tale.”

In 2002, Weah retired from football and three years later made his first bid for the presidency, running against Sirleaf. Although he lost to Sirleaf, he remained politically active.

The last time Liberia saw a peaceful transition of power was in 1944. William Tubman replaced then-president Edwin Barclay at the time.

But with Weah’s election, the country seems to be holding up hope as its standard, and other African nations are taking notice. Dignitaries and heads of state from several African countries attended the swearing in ceremony on Monday.

Still, for all his promises, Weah has a lot of work to do. Liberia is still reeling from a recent Ebola outbreak that left thousands dead, and it is still heavily dependent on exports. It won’t be an easy task to bolster the economy there, but so far, with a peaceful beginning, Weah is thought to be off to a better start than many of his predecessors.