#Oscars2018: It’s time for ‘Get Out’ to escape its Awards-show ‘Sunken Place’ 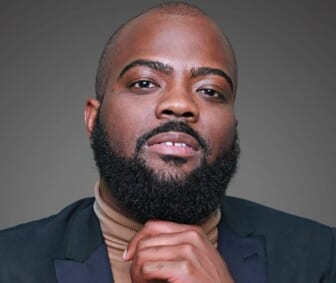 Critically-acclaimed Get Out has been nominated for four Oscars, including Best Original Screenplay, Best Director, Best Leading Actor, and Best Picture.

The film has failed to win any of the larger award shows like the Screen Actors Guild (SAG) Awards and the Golden Globes. If this holds true, Get Out may not have a strong chance of being successful in winning this year’s Oscars which proves that America is in a perpetual sunken place.

I’ll never forget the first time watching Get Out’s 2 minute and 33 second trailer. The film immediately captured me; it was suspenseful, enigmatic, gripping, and included comedic elements. I wanted in on the action. Then, I saw it and my mind exploded from the emotional and maddening rollercoaster.

In his feature-film directorial debut, Jordan Peele’s Get Out didn’t just enable black people to see conservatives for who they are and who we’ve always known them to be. Rather, it provided ways to evaluate the demons contained in the nice, or palatable, racism of those who believe that they do “good” (and who make it a point to distance themselves from what is perceived as bad): white progressives and liberals. This film also connected historical themes of racism to modern America and the way the black aesthetic is seen, oftentimes stalked, captured, and used for profit.

Get Out’s success can’t be stated enough. From the onset, it received a 99 percent Rotten Tomatoes and 87 percent audience rating. It smashed box office records such as becoming the highest grossing film for an original screenplay. And, on a $4.6 million budget to make, Get Out made $34 million in its opening weekend, and before it was there for a month, Peele even became the first African American writer-director to earn $100 million in his debut film. Still, it was clear that people didn’t understand how, exactly, to place this film.

Last year, fans were outraged when Peele’s Get Out was nominated in the comedy category at the Golden Globes. Many believed that the film was better suited to be nominated in a drama category because, well, racism is never funny. While several saw the decision as offensive, others said that the dark comedy in the film was very apparent.

Peele understood the reason for the anger.

“The reason for the visceral response to this movie being called a comedy is that we are still living in a time in which African American cries for justice aren’t being taken seriously,” Peele said. “It’s important to acknowledge that though there are funny moments, the systemic racism that the movie is about is very real.”

Although the film doesn’t show gruesome details one may expect from a film depicting the horrors of racism, it was unsettling for many to view it as comedy/satire. “More than anything, it shows me that film can be a force for change,” Peele continues. “At the end of the day, call ‘Get Out’ horror, comedy, drama, action or documentary, I don’t care. Whatever you call it, just know it’s our truth.”

But, was Get Out too much truth? Was it too much for the American public to admit it’s still a reality, especially within the climate provided by the Trump administration and congressional shutdown? Possibly. Despite picking up nominations and placing a microscope on Hollywood last year, it seems to be getting the ultimate snub from voters during this award season.What does this say about Hollywood’s stance on talking about race in America?

Sure, Moonlight was a smashing success and one of my favorite films to date. But that film being successful still doesn’t mean that we’re ready to have a critical dialogue on the ways in which ‘nice’ racism permeates. Frankly, it wasn’t even like people were ready to have a conversation around black male intimacy, partnership, and conflicted feelings in which many celebrated in Moonlight.

What’s more, what does this say about the ways in which we discuss the intersection of white progressives and white supremacy? What does this still say about our discomfort with critical conversations around race? Everything.

It does not escape me that the Black community doesn’t need the approval of white audiences for a film to matter, or for it to be important. It’s important because it matters to us. Full stop. It’s also critical to be reflective of the message Hollywood sends when it can nominate a groundbreaking film, but ensures that it doesn’t win.

Of course I’m hoping that Peele, Daniel Kaluuya, and Get Out sweep their categories.

But won’t hold my breath.

Preston Mitchum is a Washington, DC-based writer, activist, and policy nerd. He is a regular contributor with theGrio and The Root and has written for the Atlantic, Slate, Think Progress, OUT Magazine, Ebony.com, and Huffington Post. Follow him on Twitter here to see just how much he appreciates intersectionality.