LaVar Ball continues to make moves, will coach his sons in Lithuania exhibition

The Big Baller Challenge, consisting of five friendly games that don't count in the basketball standings, was created so that the Ball boys could get some playing time against other players their age. 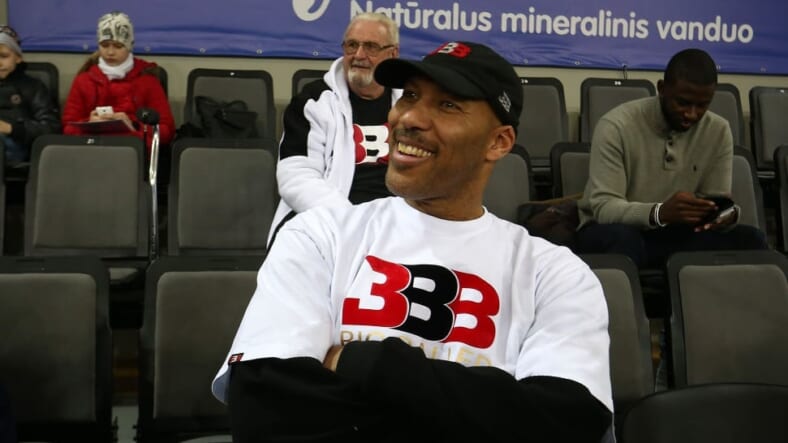 On Tuesday night, LiAngelo and LaMelo Ball’s team will play in a ‘Big Baller Challenge’ contest in Lithuania, and their father, LaVar Ball, will be their assistant coach.

The Big Baller Challenge, consisting of five friendly games that don’t count in the basketball standings, was created so that the Ball boys could get some playing time against other players their age.

But even if it’s just a friendly competition, the Balls’ team, Vytautas, is 3-0 and looking good ahead of the game against BC Dzukija on Tuesday. However, in the Lithuanian league, which is more competitive and has older players, the team is 4-16.

For Tuesday’s game, Vytautas is willing to let the famous basketball dad step up to direct the team, since, after all, if it doesn’t work out, there’s no harm done to their rankings.

“He will be an assistant coach on game protocol but will drive the team through the game and make many of the decisions,” a team spokesman told ESPN. “The style the team is going to play is going to be LaVar’s choice.”

“LaVar wants the team to play fast. He also has an idea for a new way for the team to play defense, so we’re going to try it out tonight. Today we’ll be like two equal coaches, but this will only be for the friendly match. We’ll see how it goes today,” Vytautas coach Virginijus Seskus said, speaking through a translator to ESPN.

“Why not let him do it? It’s only a friendly match. It will end, and everyone will forget about it.”

Ball is known for his hands-on approach to being a basketball dad as well as for his controversies. Recently, he raised eyebrows when he proposed a new basketball league for amateur players to have a paid option outside of college ball. And before that, even people outside the sports world got a look at the outspoken father when he went toe to toe with President Donald Trump over LiAngelo’s arrest in China and subsequent release.

One thing’s for sure: it doesn’t look like Ball is set to stop anytime soon.