PJ Morton speaks on Grammy nominations, Gumbo, and praises his competition in an exclusive interview. 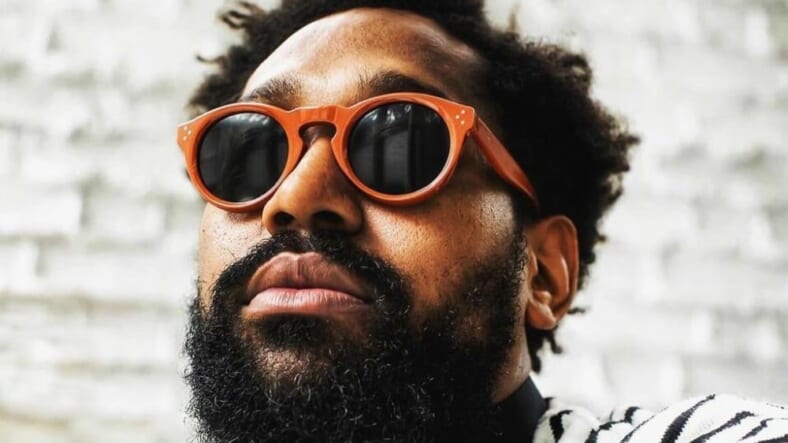 PJ Morton is a man of many talents.

The 36-year-old New Orleans native is not only a Grammy-winning songwriter, but also an accomplished producer, author, and has been a member of Maroon 5 since 2012.

Morton has already won a Grammy for songwriting and production on India. Arie’s, Interested (which he won while he was a junior at Morehouse College) and played on the main stage several times with Maroon 5. His 2013 release, New Orleans, earned him a Grammy nomination for Best R&B Song for “Only One,” featuring Stevie Wonder.

And now PJ Morton hopes to have even more to celebrate during music’s biggest night.

His album, Gumbo, has been celebrated by critics and industry insiders since its release and the title couldn’t be more fitting.

“I wanted it to flow together but it was also important for me to say something. I think music is the most powerful thing in the world. With this record, I knew that I had to do more than my normal love and relationships talk. I wanted to give voice to things that were happening in the world right now. I wanted to make it a gumbo of subjects. You got everything from anthems for getting through the negativity in the country right now and then other songs that talk about religion.

“I’m a student of music. I’m a preacher’s kid who grew up in church so gospel was the first thing I was able to touch. Then someone introduced me to Stevie Wonder and Donny Hathaway. My mom introduced me to the Beatles and James Taylor. All these things show up in what I’m working on.”

READ MORE: The 2018 Grammy Nominations is a #BlackExcellence Takeover

“I’m a big fan of Childish Gambino. I think he has something you can’t be taught. He has good taste, that’s why I think he’s great in all these mediums. I love him as an actor. I love Atlanta. I loved his rap records. I have always loved his music but this album is one that I would go back to because it’s so good and so refreshing,” he says.

“SZA’s record was definitely one of my favorites this year. I wanted to go back to that album. It connects to people right now. I think SZA did something fresh musically but it’s also her, unapologetically. It was really honest and that’s what connected for me.”

Morton took time to show love for another R&B act up for a Grammy this year; Anthony Hamilton and The Hamiltones.

“I love that the Hamiltones were recognized too. They’re great. It’s such an old school concept that Anthony [Hamilton] has done and it’s great that he’s secure enough to not be intimidated by those guys because they’re all monsters as singers and musicians,” he says.

And even though PJ Morton is a fan of his competitors, he still has his eyes on the prize.

“I’m not super rooting for anyone in my category because I want to win. Grammy’s are hard to win. It has become so cliché to say you’re honored to be nominated but that is really true. It’s supposed to be hard because it’s the best of the best and sometimes it just doesn’t happen. A lot of our heroes have never won a Grammy,” he says.