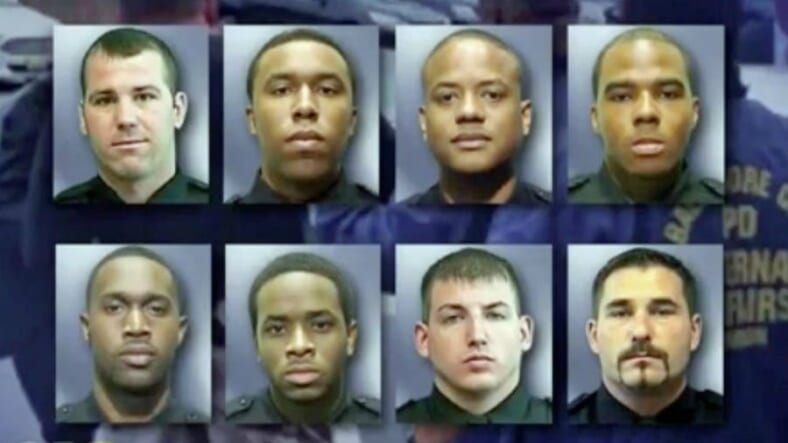 Rayam broke down twice during his testimony, in which he was accused of padding overtime slips, among other things.

At one point, the prosecutor asked about a car crash on August 31, 2016, which was caused by a car chase the task force initiated.

“There were so many crashes,” Rayam said at first, seeming confused. But when he did recall that specific crash, he said that it “was bad, it was real bad.”

According to Rayam, Sgt. Wayne Jenkins ordered the squad not to do anything or help the passengers. Jenkins even listened to the police radio to make sure it wasn’t reported.

“I was being a follower. I should have called it in and I just didn’t,” Rayam testified, according to WMAR.

During his testimony, Rayam broke down and told the jury that it could have been anyone in that crash.

A stash of evidence to plant

Former Detective Maurice Ward, who was first to take the stand, admitted that the task force had a stash of BB guns that they planned to use “in case we accidentally hit somebody or got into a shootout, so we could plant them.”

Ward also admitted that the task force would interrogate suspects in order to target criminals and rob them, The Baltimore Sun reported.

“If you could put together a crew of guys and rob the biggest drug dealer in town, who would it be?” Jenkins would ask drug suspects.

Jenkins has been described by the defense as the ringleader of the operations. During his testimony, Rayam said that Jenkins was untouchable, considered a “prince” by the department.

“The Gun Trace Task Force wasn’t a unit that went rogue,” Assistant U.S. Attorney Leo Wise said in his opening statement. “It was a unit of officers who had already gone rogue.”