The 'Fresh Prince' is now the new king of Instagram. 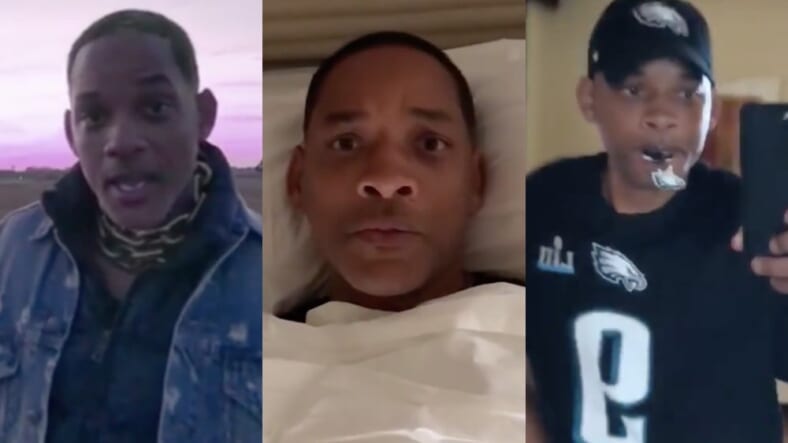 If you’ve seen Will Smith‘s name floating around the internet more than usual, it’s because he’s officially been crowned the King of Instagram.

Since joining the social media platform last December, the Hollywood and music legend has made a huge splash on timelines with hilarious (and well-produced may we add) posts and videos.

Some are endearing peeks into his personal life and family, while others are simply outright hysterical, even random at times.

In one post, Smith shares a video of he and wife Jada Pinkett Smith enjoying a nice boat ride in the middle of a California river, showing us that no matter how much fame and fortune he amasses, he’s still a simple humble guy from Philly.

And in another, the always deep thinker shares an inspirational quote from the 13th century poet Rumi, which says, “Set your life on fire and seek those who fan your flames.”

Smith decides to give his followers the Philly translation: “Don’t be hanging with no jank ass jokers that don’t help you shine.”

Who are the people that are fanning your flames?

The Fresh Prince of Bel-Air star, and icon in his own right, dresses up like his 19-year-old son in the mini video remake; gold teeth, chains and all.

The video was to celebrate the song’s 100 million streams on Spotify, but Big Willy ended up winning over the internet, yet again, in the process.

Congrats on 100,000,000 @Spotify streams, Jaden! @c.syresmith It is a Delicious Gift to a Parent to Admire his children. Keep Doin’ You!

What was probably even more adorable about the father like son video was Jaden’s heartwarming response:

Dad this is the funniest thing I’ve ever seen in my life you’re the best father anyone could ask for thank you for allowing me to express myself even when I take it to [sic] far sometimes I love you more than you will ever know because you taught me how to love. Also thank you for having the best Instagram on planet earth.

Earlier this week, Will Smith also shared a made-for-TV video of him preparing for the Super Bowl to see his hometown team, the Philadelphia Eagles, take home the trophy.

Smith is seen lying in bed before he is awakened by his alarm clock. From there his hilarious pre-game rituals begin–all while he maintains his comical football game face.

And, of course, he had to post a video of himself doing his happy dance after the Eagles actually won.

All in all, we must say, Will Smith is the best thing to happen to the internet in quite some time. Long live the king!

PHILLY IS IN THE BUILDING! #FlyEaglesFly #SBLII

PHILLY HAS LEFT THE BUILDING!!