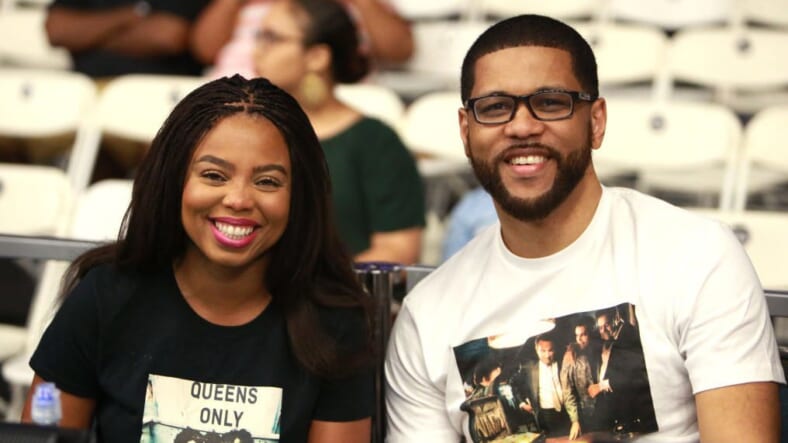 Sportscenter anchor Michael Smith says he is “pissed” over what he believes was ESPN attempt to silence he and former co-host Jemele Hill.

After Hill jumped ship to work for The Undefeated, Smith says he noticed before her exit that the network was deliberately changing the vision of the show with less camera time for the duo.

The TV host added, “I’m like, so wait a second, you all acknowledge that one of the strengths that we have going for us as a show is Michael and Jemele’s chemistry, but Michael and Jemele don’t f–king talk to each other? How does that make sense?”

What’s more, Smith says that while he and Hill expected to “get sh*t out of the gate,” he admits that rather than pushing back on the powers that be about their vision for the show, they instead “tried to merge two things.”

That, he says, didn’t work.

“It was very frustrating,” Smith added, “behind the scenes and on camera. … They got what they wanted, which was Michael and Jemele being muted. And that frustrated the s–t out of us.”

Smith is currently still hosting the 6 p.m. hour of Sportscenter, but after Hill’s departure the writing may already be on the wall.

Last month after she announced that she was leaving the show, Hill tweeted out a brief statement to put away rumors that she was demoted.

Joining The Undefeated was Hill’s decision, she says, because she wanted to return to “reporting, writing and commentary.”

“I asked to leave the show,” she said at the time.

ESPN first tapped Hill to anchor a new version of SportsCenter alongside Michael Smith in February of last year. The show, dubbed ‘SC6,’ was a continuation of Smith and Hill’s longtime chemistry as former hosts of another ESPN show Numbers Never Lie, which later became His & Hers – a nod to the pair’s podcast that developed a cult following.

ESPN was not pleased. Hill did apologize that some of her posts painted ESPN in an “unfair light.” When asked about the backlash to her Trump white supremacist tweet, she said she thought “everybody (already) knew” and that “water is wet.”