The former U.S. President and First Lady appear to be happy with the results. 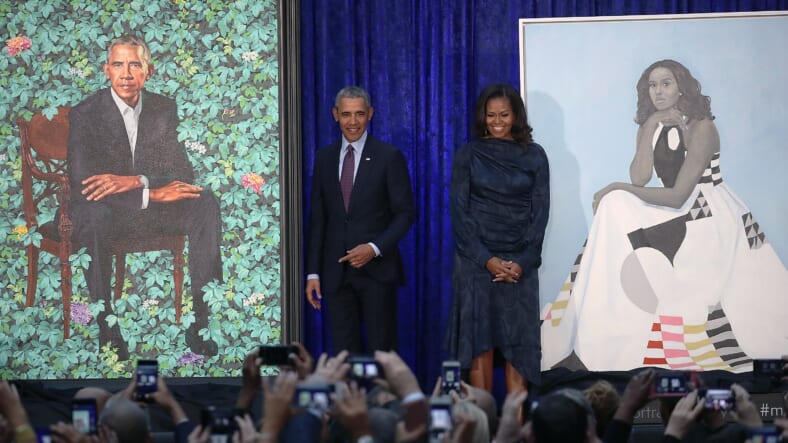 Barack Obama and Michelle Obama are back in the spotlight after unveiling their official presidential portraits at the Smithsonian’s National Portrait Gallery.

The former U.S. President and First Lady were in awe after seeing their likeness immortalized in art form, and both delivered heartfelt speeches during the momentous occasion.

Michelle Obama’s portrait was painted by Baltimore-based artist Amy Sherald, while Yale painter Kehinde Wiley pulled off his unique interpretation of Barack Obama. Both artists were handpicked by the Obamas. 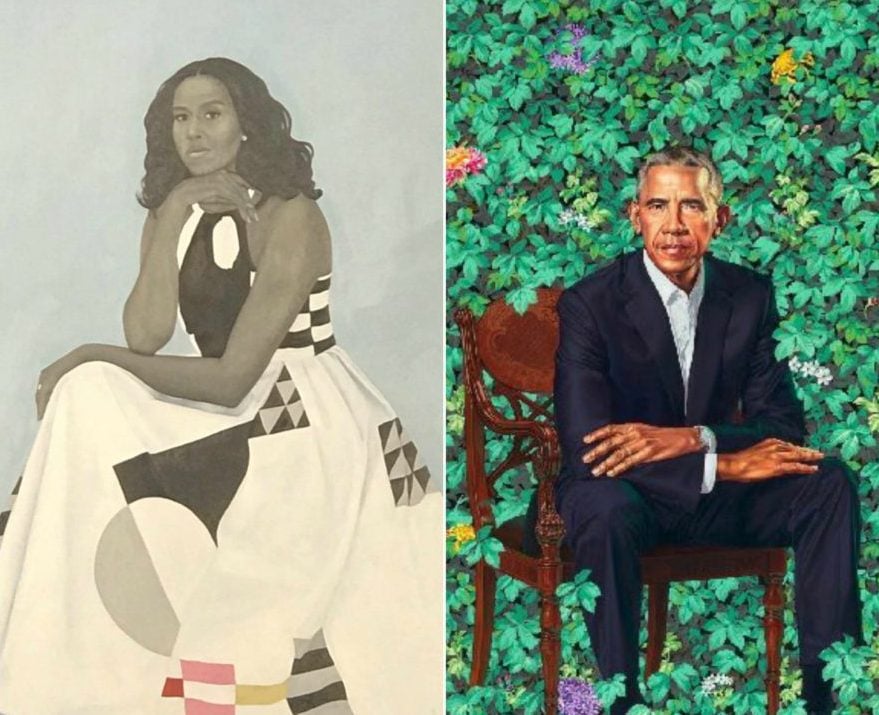 “How about that? That’s pretty sharp,” Barack Obama said after seeing his finished presidential portrait, which depicted him sitting against a backdrop of beautiful greenery.

Wiley is the first African-American artist to execute an official presidential portrait for the National Portrait Gallery. According to CNN, he took thousands of photographs of the former president in order to create his portrait.

Michelle Obama was equally impressed by her portrait, saying that she was “a little overwhelmed, to say the least.” During her speech, the beloved former First Lady emphasized that no one in her family had ever had a portrait done of herself. She also  highlighted the impact such an image will have for young girls and girls of color.

“I’m also thinking about all the…girls and girls of color, who in years ahead will come to this place…will see an image of someone who looks like them hanging on the wall of this great American institution.” -Michelle Obama unveils her official portrait pic.twitter.com/G4OYwRxWaw

Sherald’s interpretation of Ms. Obama used a stylized gray hue to portray Black skin tones. The use of gray is a political statement of sorts for Sherald, in which she discards the assigned “color” of African-American subjects. Sherald’s approach is more about artistic expression and composition than about realism, adding a new flavor to the presidential portraits in the National Gallery.

President Obama was especially captivated by his wife’s portrait. “Amy, I want to thank you for so spectacularly capturing the grace and beauty and intelligence and charm and hotness of the woman I love,” he said.

Portraits are a mix of art and politics

It’s hard not to acknowledge the significance of the Obama paintings, considering they are the first African-American portraits to be included in the gallery collection and will be admired for years to come.

In addition to Sherald’s use of gray to portray Michelle Obama’s brown skin, the artist also uses African textiles in the former first lady’s flowing dress that is designed by Michelle Smith.

Wiley, whose brand of portraits depict young African-American men dressed in hip-hop fashions mixed with European royalty, presents Obama almost like a king. As pointed out by the New York Times, behind the former president are African blue lilies which represent his father’s native country Kenya; as well as jasmine stands for Hawaii, where Obama was born. It also includes the plant chrysanthemums, which is the official flower of Chicago.

Both Wiley and Sherald are known for focusing their art on African-American portraits due its lack in Western art history. Their inclusion in the the gallery’s first African-American presidential entries is all the more significant.

See reactions to the Obama presidential portraits below.

I loooove Amy Sherald’s Michelle Obama portrait. It’s an elegant painting with soothing colors. The painting is filled with grace, representing the sense of grace and beauty and pride that many of us get from Michelle. Kudos to Amy.

When the official portrait of our first Black president Barack Obama, painted by a queer, Black artist, is unveiled during #BlackHistoryMonth days prior to the release of #BlackPanther. This is a mood for the ages. ?????✨✨✨✨✨? pic.twitter.com/NQc7Nr2ZlR