8 Black folks who are permanently banned from the cookout

Is your fav banned from the cookout?

An often overlooked yet enduring aspect of white supremacy is the fact that if you’re Black and famous, you pretty much represent the entire race and have to comport yourself as such, whether or not you ask for it. No white celebrity will ever be concerned about how their actions affect their whole damn ethnicity – like, I’d hate to be Black and beloved, in fear of my every move being scrutinized and losing my VIP pass to the cookout.

Sometimes, Black celebs slip up and have to take a little time away from the cookout – similar to your auntie Yolanda because of the time she brought up that whole thing about your cousin, her “special friend” and the baby in front of everybody at the table before anyone even had the opportunity to say grace. Don Lemon had to take some time off for the ashiest of behaviors before he was welcomed back for leaning in on President Donald Trump. Erykah Badu is going to have to sit this year out for losing her entire damn mind about Cosby and of all people, Hitler.

But some famous Black folks have committed such egregious atrocities against the sanctity of the race that they’re permanently banned from the cookout. It takes a special kind of messiness to get completely banned since we possess a level of forgiveness that our pale human brethren lack.

Just the same, here are eight people who went and showed their entire ass to the world and, as such, will forever be turned away by granny at fork-point. 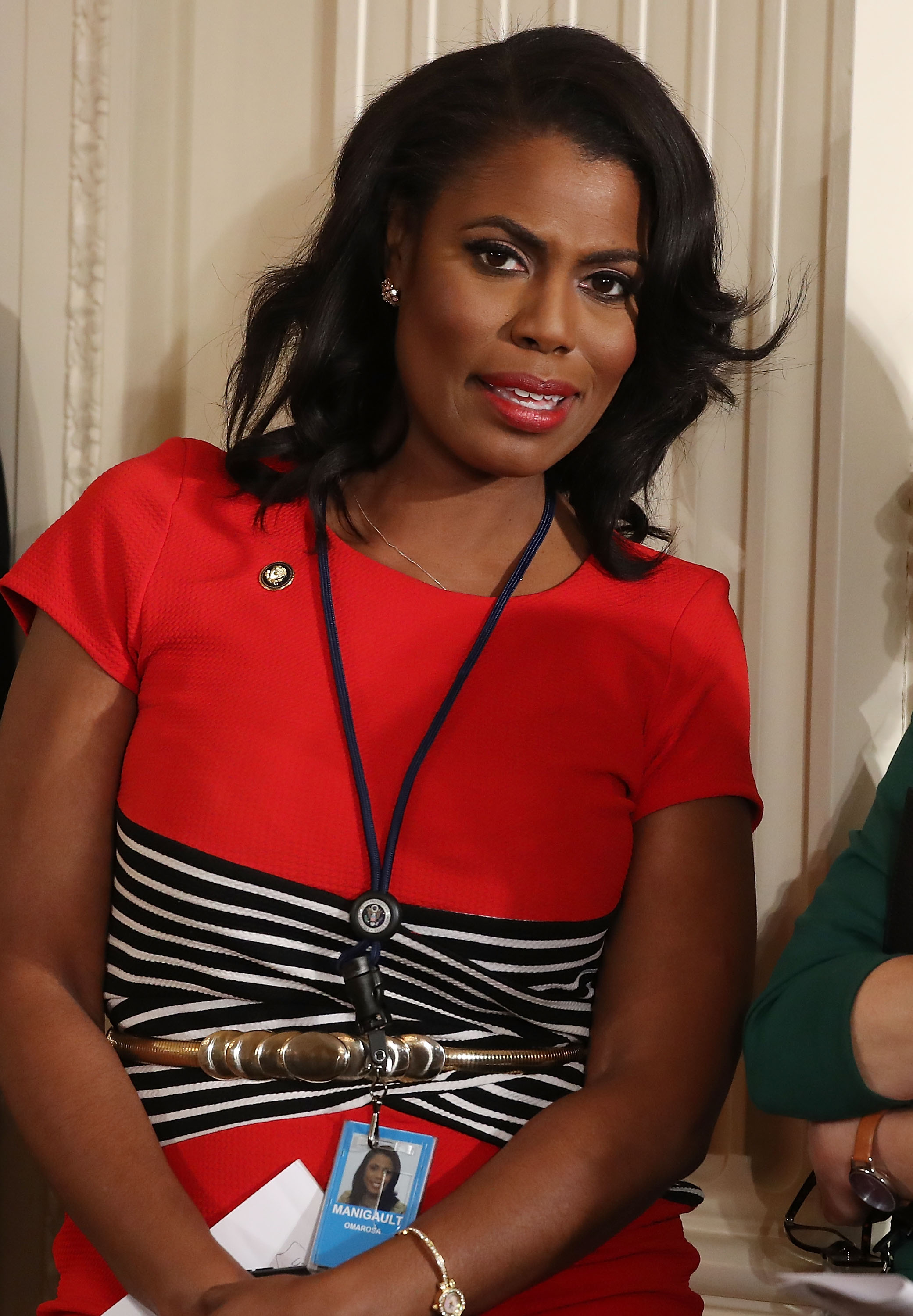 There was no better example of schadenfreude from the past year than OmaGrossa getting the unceremonious and public boot from the White House following years of fealty to Donald Trump. Thanks to Manigault, the presidential administration turned into an episode of Jerry Springer last week when the White House clowned her during a news conference, and she dropped tears about the whole experience on Celebrity Big Brother.  Angela Rye threw her the best shade, and she bet’ not try to come back around these parts asking for a plate.

I always had a feeling something was grimy about this dude, and it turns out many people felt the same way after we hustled his ass into the #MeToo corral late last year. Any shot he had at redemption went out the door when he made the bullshit video doubling down on his “innocence” that earned him a lifetime ban. Also, his boy Cornel West is always one petty think piece about a beloved Black figure away from being banned his damn self.

I have trouble with this one because Dash most certainly held high court in the spank bank when I was a teenager, and she’s aged better than a nice gruyere. But my god, the ease with which she turned her back on us is infuriating, with comments about deep-sixing Black History Month and getting in bed with The Enemy’s News Network.™ She was ultimately used up like a roll of Bounty and tossed by Fox News, proving along with Omarosa that they only keep sistas around for so long.

Any Brotha Associated with a Kardashian

The whole Kardashian clan is like a collective Pied Piper for hapless Black men, luring them in with pretty smiles and surgically constructed booties before leading them to some manner of demise. Check the tape: Lamar Odom has seen better days. Kanye West’s music took a total creative nosedive and started making borderline trash music post-Kim. Tyga couldn’t sell out a high school auditorium. Despite being the reason behind the entire empire, Ray J. hasn’t had a meaningful single since George W. ran the world (Well, maybe that’s not the family’s fault). Any dudes exposed to that negative eggshell-white juju for an extended period of time can’t be trusted around the potato salad.

Dangerous because he’s so insidious, Johnson has finagled himself a platform spouting well-articulated ideas about Black liberation, the feminization of the Black male and other assorted hotep-ology that only sounds good until you apply to it the tiniest amount of scrutiny. Fortunately, he’s actually being taken to task legally for the “doctorate” that he likely obtained from the back of a matchbook. The only Black folks worse than Johnson himself are the lemmings who donated money for his “school,” which will open its doors around the same time Dr. Dre drops Detox. 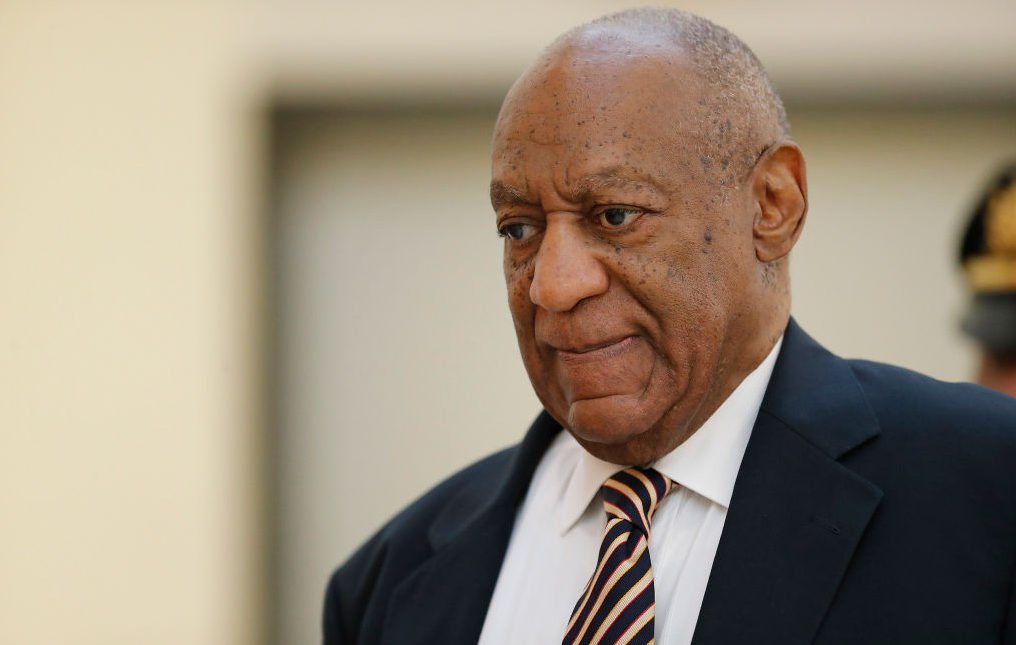 The most heartbreaking addition to this list, the irony is that Bill Cosby pretty much invented the cookout, but he’d be attacked by Savon n’ em for coming within 100 yards of it today. It’s like a corporate takeover where the stockholders decide that their CEO not only no longer offers any usefulness, but is, in fact, a liability. As Roxane Gay recently wrote, Cosby will die with his entire legacy all but forfeit.

Kodak Black shitting on Black women is akin to Donald Trump tweeting, “Well, I don’t really wanna be y’all’s president anyway.” Engaging in public colorism against Black women is bad from all angles, but doing so while resembling the inside of an uncleaned septic tank trap adds a whole layer of irony to it all. I think it’s safe to say that no Black woman is upset that Kodak Black isn’t checking for her.

Anyone Black Who Voted for Trump

I have longtime Black friends who voted for Donald Trump. I love ‘em to death, but they can’t bring any dishes to my cookout. If several years of pointedly racist statements aren’t enough for you to renounce this walking vat of toupeed fluffernutter, I can’t walk the march in solidarity with you. Of course that includes Trump’s small group of favorite Black people like Ben Carson and Diamond and Silk.

Take a close look at the actions of the aforementioned eight folks, and make sure a perma-ban doesn’t happen to you. Imagine all the delicious rib tips you’ll be missing out on.