The talk show host and radio king dodged a bullet from one of his ex-wives. 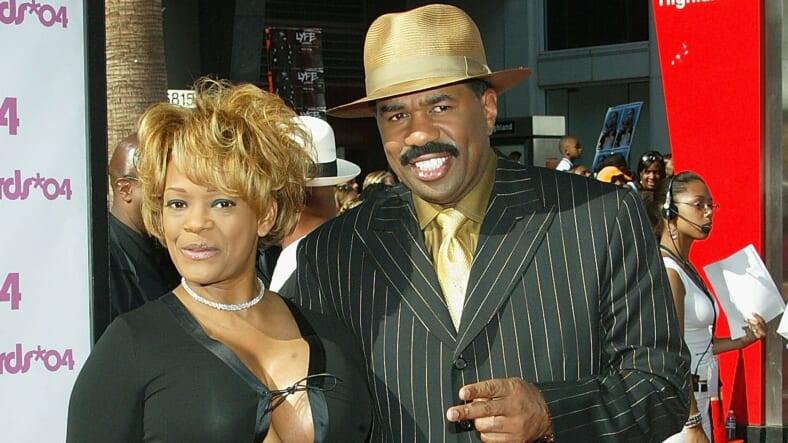 A Los Angeles judge has thrown out the $60 million lawsuit filed against Steve Harvey by his ex wife, Mary Shackelford, who accused him of torture and “soul murder.”

Details of the thrown out case includes charges of child endangerment, torture, conspiracy against rights, intentional infliction of emotional distress and “soul murder,” as well as others.

What exactly is soul murder? The lawsuit states, “soul murder is achieved by a combination of torture, deprivation and brainwashing,” reports E! News. Shackelford was asking for almost $60 million dollars in damages.

According to court documents, Shackelford claimed that things were so bad during their divorce that she even thought about committing suicide. She has also  posted several YouTube videos calling out Harvey, even claiming that she never got her divorce settlement.

“The judge said our divorce would be contingent upon the division of community assets but that never happened,” she said on video. “Steve Harvey owes me $50 million and I want him arrested for violating my civil rights. I want him charged with a constitutional rights violation, falsifying documents, perjury, contempt of court, embezzlement, extortion and collusion. For what he’s done to me, I want to see Steve Harvey behind bars.”

But Harvey’s attorney Brandon R. Williams, told Entertainment Tonight in a statement at the time the suit was filed, “Mr. Harvey vehemently denies any allegations set forth in the lawsuit. The complaint is merit-less, frivolous and the allegations are completely false. We will vigorously defend/counterclaim against the complaint.”

Judge: This needs to be handled elsewhere

According to People, Los Angeles judge Gregory Keosian threw out the lawsuit because he believed the case needed to be handled in Texas, which is where the divorce took place.

As for Harvey, he is currently married to his third wife, Marjorie.