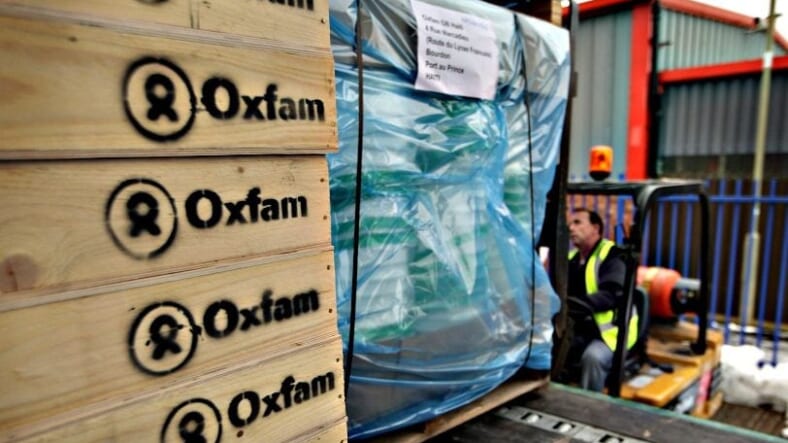 A former Haitian prostitute has come forward saying that Roland van Hauwermeiren, the former Oxfam director, used to pay her for sex twice a week after the 2010 earthquake destroyed her home and killed five members of her family.

The woman has said that van Hauwermeiren first met her on the street and then invited her to the villa rented for him by Oxfam twice a week for six months. She was allegedly paid between £70 and £140 each time they had sex. At the time, the woman says she was only 16 years old.

Oxfam is a collection of19 independent charitable organizations from around the world with the same goal: to end poverty around the globe.

According to the UK newspaper, The Times and the Daily Mail, the woman, who is the mother of one, asked not to be identified. She did, however, say that she felt she “did not have the means to say no” to van Hauwermeiren when she knew that she needed money in order to keep her child fed.

READ MORE: TO BE BLACK, YOUNG, AND UNDOCUMENTED

The now 23-yeard old reflected on these encounters saying she now sees how depraved van Hauwermeiren appears to be.

“Thinking about him now makes me realize he is a sick man. We must have had sex hundreds of times when we were seeing each other,” she continued. “He promised me and my cousin that he was going to take us on holiday to the Dominican Republic and that he was going to get us a job in America. That never happened. He was supposed to be helping but he made the situation worse.”

The woman claimed that van Hauwermeiren would give her gifts for her baby and that he “loved girls coming to his house” having several Haitian girls come to visit him a day.

The former aid worker has since responded in an open letter to Belgian broadcaster VTM in which he admitted to having consensual sex with a “mature” local woman, but denied she is a prostitute or that he frequently went to brothels or hired prostitutes.

“I am not perfect, I am not a saint – a man of flesh and blood and have made mistakes (not easy to admit), and I am deeply ashamed,” he wrote.

“I admitted to investigators that I had intimate contact three times in my house,” he continued. “It was, in my opinion, a mature honourable lady, not an earthquake victim and no prostitute, whom I met since I supported her young sister and very young mother with diapers and powdered milk. I never gave them money. I have never visited a brothel, nightclub or bar in the city or this country.”

Archbishop Desmond Tutu has decided to step down from his post as ambassador for Oxfam in wake of these allegations. The charity is also at risk of losing funding from major donors.