It is unclear how many people are still missing 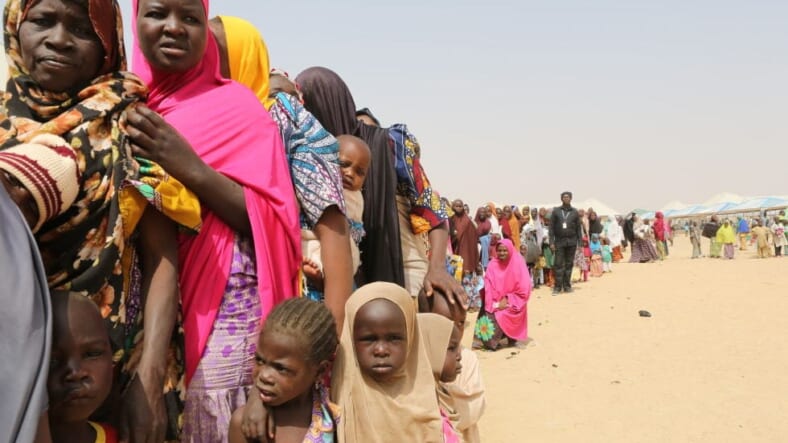 On Wednesday, the Nigerian military rescued 76 schoolgirls and recovered the bodies of two others after a Boko Haram attack.

According to Reuters, the extremists descended on Dapchi and went directly to the school, where they sent students and teachers running with shots fired. Reports indicated that 91 people were missing after a roll call following the attack.

While Nigerian officials at first denied reports of another kidnapping, the government then went on to release a statement saying that some of the students had been rescued.

At least 13 girls may still be missing, and it is still not clear how the two girls who died were killed.

“Everybody is celebrating their coming with songs and praises to God almighty,” said Babagana Umar, whose daughter had disappeared. “The only sad news is that two girls were dead and no explanation.”

Afraid to go back to school

While the community celebrates the return of some of the girls, the students are still trying to come to terms with the aftermath.

Aishatu Abdullahi, who attends the school, said that she escaped and hid in an abandoned house overnight.

“They were shooting guns and everyone was confused. Then we started running all confused,” she told reporters. “We saw some people pushing some of the students to enter their vehicles.”

“Many of us are traumatized,” she added.

The students have reportedly been granted a one-week break after the attack to recover, but many of the girls are still reeling.

“But, in all honesty, I am not willing to come back here because we are scared of what could happen to us in the future,” Abdullahi admitted.

As many as 100 of the girls taken from the Chibok school in 2014 remain with the extremist group. A number have escaped, while others were released due to negotiations through the government. According to aid groups, thousands more have been kidnapped, but it is the infamous case of the Chibok schoolgirls that has received the most international attention. That incident sparked a worldwide #BringBackOurGirls movement.