Is Amandla Stenberg backing out of ‘Black Panther’ audition due to her light skin a good excuse?

The super woke actress has no regrets about her decision. 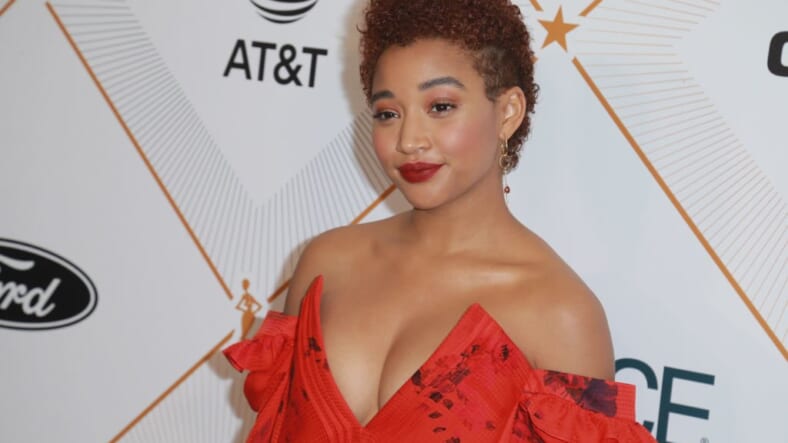 Black Panther was a triumph in many ways, including its kick-ass casting of several leading ladies.

And it turns out, one of our favorite actresses/activists had a shot at snagging a coveted role in the Marvel blockbuster, but in a surprising move backed out of starring in the movie of the year.

Amandla Stenberg, 19, revealed that she stopped pursuing a role in the highly anticipated Marvel production after thinking that her skin tone didn’t jive with the look of the Afro-futuristic flick.

“One of the most challenging things for me to do was to walk away from Black Panther,” she told CBC Arts. “I got really, really close and they were like, ‘Do you want to continue fighting for this?’ And I was like, this isn’t right.”

According to Amandla Stenberg, her light complexion would not have been a believable part of the film that featured darker-skinned actresses like Danai Gurira and Lupita Nyong’o.

“These are all dark-skin actors playing Africans and I feel like it would have just been off to see me as a biracial American with a Nigerian accent just pretending that I’m the same colour as everyone else in the movie,” she eplained.

“That was really challenging, to make that decision, but I have no regrets. I recognize 100 percent that there are spaces that I should not take up and when I do take up a space it’s because I’ve thought really, really critically about it and I’ve consulted people I really trust and it feels right.”

–Is Michelle Obama teasing Malia Obama about pics with her boyfriend ending up in the tabloids?—

POLL: So what do you think Black Panther superfans, did actress Amandla Stenberg make the right decision?