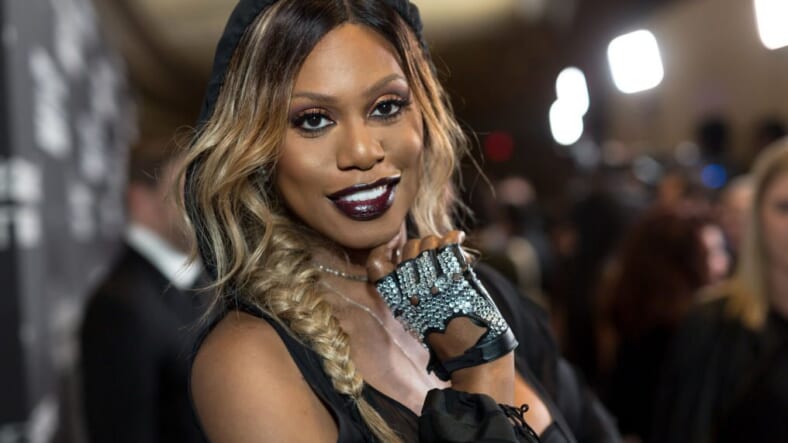 Laverne Cox found love online and revealed in an Access Hollywood interview that she used a popular dating site to snag her new boo.

Cox said in an interview that she’s been in a relationship with a mystery man for the last eight months. The two connected on Tinder and it’s been a match made in heaven.

“It’s incredible. Love is so incredibly healing. It’s weird talking about this on TV but I’m just so happy.”

The Orange Is the New Black breakout star is best known for playing Sophia Berset, a role that helped highlight transgender issues. Laverne Cox has been an outspoken advocate and received an Emmy for her riveting portrayal of the strong character on the popular Neflix series.

Laverne Cox also got candid about her dating ups and downs and how she deals with being a recognizable star. Cox said she was afraid to put herself out there at first, especially after a recent breakup with her ex. But the app seems to work for her and it’s the go-to way she likes to screen people.

“I’m really good at screening. I’ve been internet dating for a very long time. Honestly, I’m a Tinder girl,” she said, adding: “I feel like if you want to date, you have to be on the dating apps.”

Cox admits though, when she went on her first date, she wasn’t trying to dazzle the guy—at least until it gets a little deeper.

“As a black transgender woman, I’ve often been kept a secret by the men that I’ve dated.”

She says she’s not going to put much effort into a guy she’s just getting to know. “You might not look like his pictures. You might smell.”

She said she kept things pretty casual and dressed in jean shorts with a fresh natural-face – no make-up – and says it still “worked out”.

Cox has been traveling the world advocating for trans-gender people and recently talked about her relationship experiences in Cosmopolitan South Africa.

In addition to finding love, Laverne Cox has also been busy making history as the first trans woman to cover Cosmopolitan magazine

Cosmopolitan South Africa’s February issue had a LGBTQ focus, with a “Say Yes to Love” edition featuring a message of love and support from the transgender Orange is the New Black star.

“Your voice matters, the truth of who you know yourselves to be matters. The truth will set you free!” Cox said in a letter in the new issue.

In that same letter, Cox called for the world to accept transgender people and to allow them to live their lives without fear.

“Trans women deserve to be loved out in the open and in the light,” Laverne Cox wrote.

As a testament to how hard it can be for trans women to live their lives in secret, Cox also opened up to Cosmopolitan about how the most romantic thing a partner had ever done for her was to introduce her to his family.