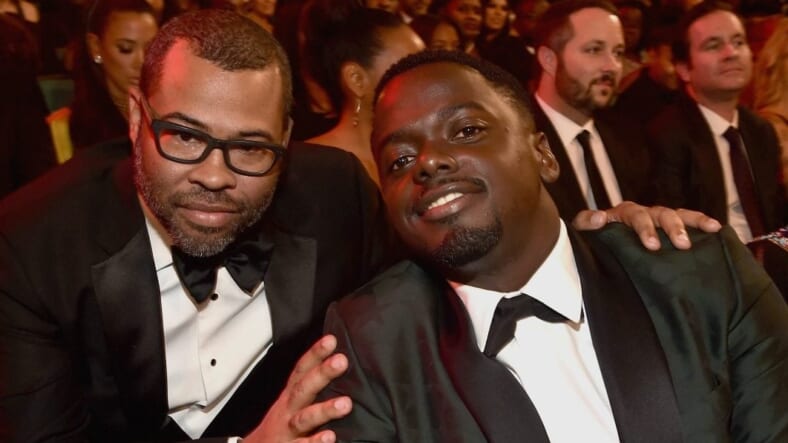 Ever since Jordan Peele’s Get Out was nominated for an Oscar, it’s been mired in controversy. But despite the “Horror/Comedy” nomination, to “anti-white” and “racist” accusations, it still raked in millions of dollars at the box office and garnered critical acclaim.

And Sunday night Jordan Peele made history as the first African-American to win an Academy Award for Best Original Screenplay for Get Out. The film lost out in the other three categories in which it was nominated: Best Supporting Actor, Best Picture and Best Director.

And there’s been an interesting development that my indicate why the breakout film didn’t win Best Picture. An anonymous actress, who’s an Academy voter, recently revealed the reason why she didn’t consider Jordan Peele’s Get Out for Best Picture at the Academy Awards.

“It’s a good B-movie and I enjoyed it,” an acting voter told The Hollywood Reporter. “…But what bothered me afterwards was that, instead of focusing on the fact that this was an entertaining little horror movie that made quite a bit of money, they started trying to suggest it had deeper meaning than it does — and, as far as I’m concerned, they played the race card, and that really turned me off.”

She called out the film’s lead actor Daniel Kaluuya specifically for turning her against the film when he gave a speech about what the movie meant to him.

“…In fact, at one of the luncheons, the lead actor [Daniel Kaluuya], who’s not from the United States [he’s British], was giving us a lecture on racism in America and how Black lives matter, and I thought, ‘What does this have to do with Get Out?” reported THR. “They are trying to make me think that if I don’t vote for this movie, I’m a racist. I was really offended.”

And apparently this woman isn’t alone in her bigotry.

There were reports circulating leading up to Hollywood’s biggest night that older Oscar voters were even refusing to watch the screener.

But thanks to Peele’s historic win and the movie’s box office performance, Get Out has already secured a place in history

The New York Times reported that thanks to big horror hits like Get Out and It, 2017 has been the biggest box office year in history for horror movies.