Find out why other people are complaining on her behalf. 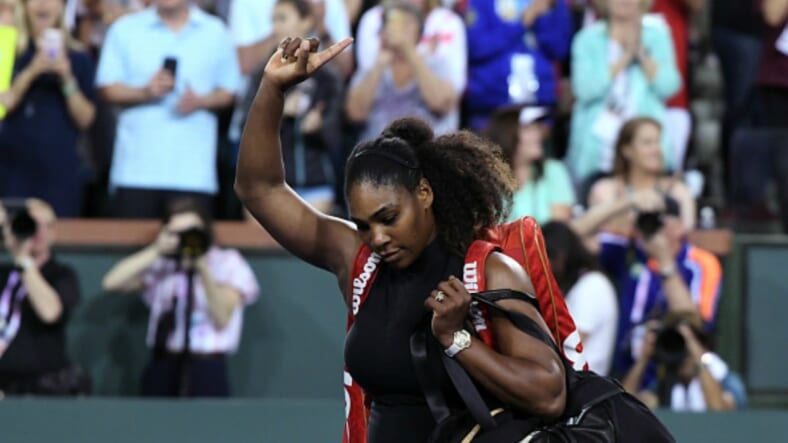 New mom Serena Williams recently won her first match following maternity leave at Indian Wells, but the truth is that even at her level, professional sports isn’t a system designed for mothers.

The former tennis world champion returned to the game as an unseeded player.

Williams, who has shattered records on the court for decades, was not opted into this year’s tournaments as a top-ranked player because she took time away to start a family.

Williams is a 23-time Grand Slam winner, being ranked as the 491st, unseeded, which is an automatic advancement based upon ranking.

Let’s be clear, this isn’t a racist issue— this is a sexist issue.

Williams and other mothers who have taken maternity leaves are forced to return to the sport at the very bottom.

Miami Open Tournament Director, James Blake is speaking out and is ashamed of his favorite game’s obliviousness to this major issue.

“For someone who goes on maternity break, they should be protected,” said Blake to CNN. These kinds of things shouldn’t happen. She has won this title so many times that she needs protection.”

“It’s not as if she left because of injury and lost her passion for the game,” Blake continued. “She had a kid which we should all be celebrating so when she comes back there should be a grace period where she can still be seeded.”

He added ”It’s a kind of punishment which is tough.”

Now that she’s unseeded, the 36-year-old Williams could face literally anyone on the court. Luckily, she ended up drawing Indian Wells’ champion Naomi Osaka. If Williams wins, she will battle fourth-seeded Elina Svitolina next. Svitolina knocked Williams out of the Rio Olympics in 2016.

Still, Blake says that Williams has not complained about being unseeded and nearly 490 people wanting her coveted top spot.

“I may be complaining about it, but she never would,” said Blake. “She is looking forward to every day as a new challenge and that’s what makes her such a good champion.

”But, for me, from the outside looking in, it makes sense to protect someone who goes on maternity leave and help her get the benefit of an easier draw and a better path.