The city sees a minimal dip in the amount of year-to-date gun violence, but as low as previous years 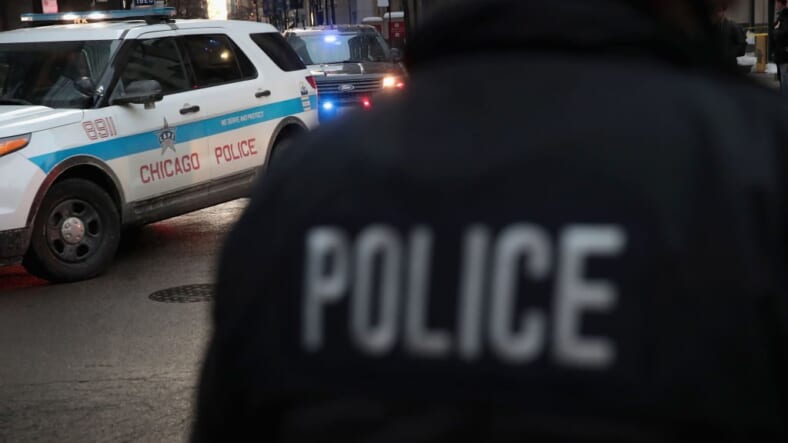 Gun violence in Chicago dipped slightly, with nearly 3,000 people killed in the city so far this year, compared to 3,347 in 2016. However, that decrease is still grim, since the number is still higher than in previous years, according to data kept by the Chicago Tribune.

According to the report, gun violence in 2017 eclipsed levels in the last two decades in the city, and this year’s shootings are up by hundreds. Approximately 2,958 people have been shot so far in 2018, compared to 3,347 this time last year. There were 586 homicides last year compared to 572 so far this year.

Chicago had 650 homicides in 2017, the most in the nation, according to USA Today.

Continuing the momentum from the National School Walkout last weekend, some Chicago students want to make sure that the country keeps paying attention.

READ MORE: To stop the growth of violence, understand its roots

Emerson Toomey, a 17-year-old student at Lane Tech High School in Chicago, has decided to take a stand against gun violence, but she’s not the only one. According to the Chicago Sun Times, Toomey is among a dozen high school and college students in Chicago who organized the March For Our Lives event on Saturday, March 24.

“We’re emphasizing not only mass shootings in schools, but the gun violence in Black and Brown communities,” said 17-year-old senior Isabella Paredes.

“Obviously, we’re talking about legislation that will help decrease gun violence — such as the bill Gov. Rauner vetoed,” she continued. “But we’re also focusing on programs that will provide alternatives to violence in these underfunded communities.”

READ MORE: 17-year-old shooting survivor and his teacher had special message at March For Our Lives (WATCH)

The National March was led by students from Marjory Stoneman Douglas High School students who survived the deadly Feb. 14 shooting by Nikolas Cruz. Still going strong in memory of the 17 deceased students and staff who were killed, the student activists continue to push forward with consistent protests to involve the youth of the nation.

In Chicago, students are partnering up with prominent and strict advocates for gun control.

Marley Rosario, a 19-year-old freshman at the University of Chicago, spoke about their plans on their local talk show, Windy City Live. “We’re meeting with Father Pfleger to talk about how our coalition will work together, because he’s working on ending gun violence in Chicago just like we are.”

“I think what’s lost on a lot of adults, especially lawmakers, is that their job is to protect students, and if they can’t do that, then it’s time they give up their seats,” Rosario said.