Every Black man can relate to this episode. 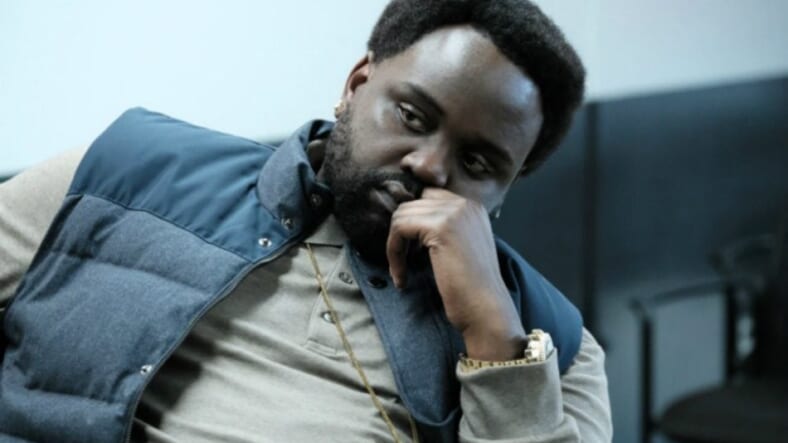 I’ve never been triggered by watching television like I was while watching Atlanta’s “Barbershop” episode.

The entire episode portrays with a stunning accuracy what it means to have a trifling-ass Black barber. I very much have one of those: my barber Bobby started cutting my hair very shortly after he finished a bid for second-degree murder. We’ve been at it for almost 13 years, and nearly every single bi-weekly visit has been a damn experience – not 12 hours before watching this episode, I was arguing with him about why his Black ass set an appointment with me, didn’t show up and had his phone turned off because he didn’t pay his bill.

Imagine the horror and the laughs as I watched Bibby (Robert S. Powell III) break fool as Al’s (Brian Tyree Henry) barber. The show kicks off with Al sitting in the shop, clearly aggravated that he’s been waiting past his appointment time When Bibby finally shows up blabbing in his Bluetooth earpiece, Al’s forced to feel like he’s inconveniencing Bibby by cutting in on his conversation.

Anything, But a Cut

For Bibby, the actual cutting of hair is a distant second priority to everything else going on – discussion about the news, his need to show Al a video on his phone, his need to run off to the restroom. Bibby even takes out an apple and starts eating–nary a barber tool in hand. It’s the ages-old blessing and curse of the Black barbershop. You can be witness to the best and most engaging discussions, but your barber can never manage to run his mouth and the clippers at same damn time.

The bulk of the episode involves Bibby leaving the shop and taking Al with him – which Al can’t exactly object to because he has a partially-cut head. Bibby insists he’ll finish cutting Al’s hair at his girl’s house, but not before he cuts her son’s hair and the power goes out, apparently thanks to a bill Bibby didn’t pay.

Bibby promises a starving Al a visit to a Zaxby’s, only to wind up at a construction site where he’s not only offered leftover Zaxby’s sitting in a Styrofoam container in a microwave, but he becomes a potential accomplice to Bibby’s theft of lumber. On their “way back to the shop,” Bibby sees his son skipping school, forcing Al to reluctantly throw on his Paper Boi hat to “counsel” the kid, who drags him over his quarter of a haircut.

Everything comes to a head (zing!) when Bibby gets into an accident that Al tried to prevent as Bibby was yelling at his son. Al’s on probation, Bibby has warrants and Bibby’s son doesn’t have a license, so there’s no sense in actually calling the police or an ambulance for the young girl who gets out of her damaged car wailing. the trip goes from possibly to certainly felonious as they speed away from the scene of the accident.

After all that, Bibby insists on getting paid from Al and somehow talks himself into the money. Fast forward to time for Al’s next cut, he sits in the chair of another barber in the same shop, eyeballing Bibby the whole time. The show closes with Al wondering if he made a mistake in switching barbers since he can’t tell the new guy what size guard his usual cut requires.

Of course, Bibby’s character is a comic exaggeration, but Bobby has done to me many of the things Bibby did to Al – left me in the chair under the cape with a half-cut head to go pick up his kids, stopped mid-cut to pick up his phone, engaged in a discussion with other people in the shop that easily added at least 15 minutes to the cut, and then was  irritated with me when I acted like I had somewhere else to be instead of the goddamn barber shop all goddamn day.

The episode masterfully captures a distinctly Black male experience: if you’re a brother who at any point in his life frequented Black barbershops, you’ve experienced at least some of this. I imagine white people watching this as we might a movie on the immigrant experience – somewhat amused by it but not coming close to fully understanding the gravity of the shit we must endure just to look fly for a few days a month.

“Barbershop” was a delight following last week’s decidedly unfunny episode. Al being irritated by any and everything is one of the funniest aspects of Atlanta, so getting a whole episode of it is a win. Powell is a standup comedian from Louisiana who delivers more quotables than I can count, and I hope he gets all the props for his performance. The fast jazz score perfectly complimented the episode’s action.

My throat still aches from laughing; It reminded me of when I fell in love with Atlanta during the show during the first season. More like this, please.