Arguably one of the most fascinating international figures to ever live. 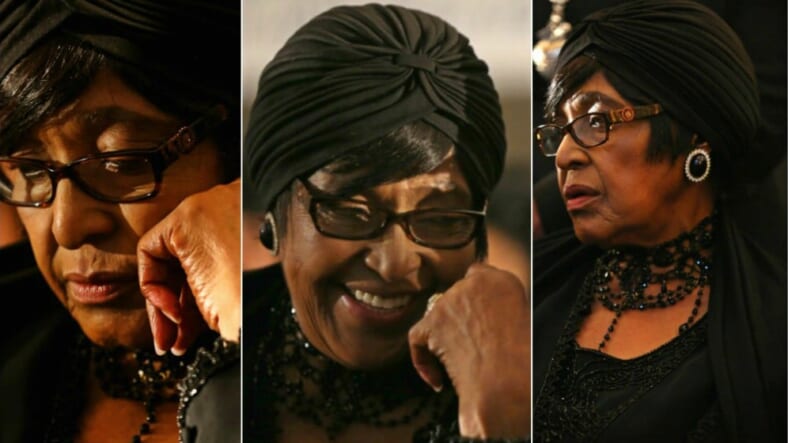 South African activist Winnie Madikizela-Mandela has died at the age of 81 after battling a long illness. She was once married to South Africa’s beloved former President Nelson Mandela, but she never cowered in his shadow. She was an activist in her own right.

Madikizela-Mandela has been an international figure for decades due to her tireless work to dismantle apartheid and fight for freedom as a member of the African National Congress (ANC). She was a dynamic, complicated force who was mired in controversy in different points in her personal and professional life.

In a testament to how complicated her legacy is, the headlines announcing her death range from biting (“Winnie Mandela, ‘mother’, then ‘mugger’, of new South Africa”) to reverential (“Winnie Madikizela-Mandela: Anti-apartheid campaigner dies at 81.”) One thing that everyone can agree on is that Madikizela-Mandela was an interesting, powerful woman.

Here are seven fascinating facts about the late Winnie Madikizela-Mandela:

1n 1969, in the midst of Nelson Mandela serving his 27 years in prison, Madikizela-Mandela was also detained. She was held in solitary confinement for 18 months where she was tortured and constantly questioned. Friends and family had to take care of her two young daughters during this time. Madikizela-Mandela was held under the Terrorism Act of 1967 and the Suppression of Communism Act of 1950.

Madikizela-Mandela not only fought against Apartheid, but also sexism. She served as the president of the ANC’s Women’s League, working hand in hand with women who were battling discrimination from multiple fronts. Madikizela-Mandela once said, “The overwhelming majority of women accept the patriarchy and protect it. Traditionally, the violated wife offloads her aggression onto the daughter-in-law. Men dominate women through the agency of women themselves.”

By Any Means Necessary

Known for her direct leadership style, Madikizela-Mandela’ critiques often accused her of encouraging and inciting violence. One particular quote drew ire from many sides. “Together, hand in hand, with our matches and our necklaces, we shall liberate this country,” she said. Putting a “necklace” on someone was the act of putting a tire doused in gaslone around an opponents neck and setting it ablaze.  It was a gruesome act utilized by some of the more radical members of the ANC.

Madikizela-Mandela was convicted of kidnapping and being an accessory to the assault of youth activist, Stompie Moeketsi in 1991. Moeketsi was killed by one of her bodyguards who abducted the 14-year-old boy and three other youth activists in 1989. She was sentenced to six years in prison, but on appeal, her sentence was reduced to a fine and a two-year suspended sentence.

After South Africa’s first democratic election in 1994 put Nelson Mandela in the presidency‚ Madikizela-Mandela was appointed deputy minister of arts, culture science, and technology. By 1995, Mandela and Madikizela-Mandela were estranged, but still had a working relationship. Mandela was attempting to offer a transparent government and was actively rooting out corruption. Madikizela-Mandela had already been convicted of kidnapping by this point and was openly critical of her estranged husband’s administration. She even defied travel restrictions by taking an unauthorized trip to Ghana. Mandela fired her and issued the following statement:

“This decision has been taken both in the interests of good government and to ensure the highest standards of discipline.”

Madikizela-Mandela lost her deputy minister post, but kept her seat in parliament, her African National Congress membership and her ANC Women’s League presidency.

When Mandela passed away in 2013 at 95-years of age, none of his $4.5 million fortune went to Madikizela-Mandela. The civil rights activist did not include his ex-wife in his will though he did set aside money for his children, grandchildren, staff, and his third wife. While Mandela and Madikizela-Mandela were married for 38 years, Mandela was in prison for 27 of them.

In 2003, Winnie Madikizela-Mandela was convicted on 43 counts of fraud and 25 counts on of theft. The charges stemmed from a loan scheme that pilfered about $100,000 from funds earmarked for funerals. Shortly after the conviction, she resigned from all leadership positions in the ANC. In July 2004, a judge overturned the theft conviction and upheld the fraud conviction. Madikizela-Mandela received a suspended sentence of three years and six months. She returned to parliament in 2009.