She's more than just her skin. 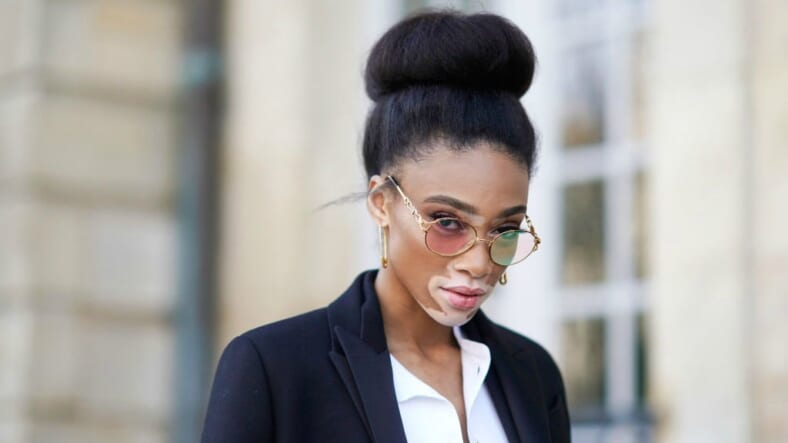 Model Winnie Harlow of America’s Next Top Model fame graces the cover of the May issue of Elle magazine, furthering her mission of being received as a just a model as opposed to a model with vitiligo.

The 23-year-old Toronto born beauty is one of a number of models and actors who also happen to have the condition, marked by whitish patches on darker skin.

The cover photo of the magazine is a diagonal creation in which Harlow is outfitted in green and pink Gucci and donning turquoise eye shadow. The headline reads: “The Face of Now: Why Difference is Everything.”

A “big shift” in fashion

“There is a big shift happening in the fashion industry in terms of beauty standards, and I feel I’m part of that shift,” Harlow tells Elle. “I remember on America’s Next Top Model, Tyra Banks asked me if a photographer told me to cover my skin for a shoot, would I do it? I said no. I don’t care who it is, or who thinks I should. I’m going to stay true to myself.”

The public has embraced Harlow, who has 3 million followers on Instagram. Her TED talk alone has generated more than a million views. But Elle writes that what mattered most to its editors is that “she’s boldly changing the conversation around beauty and helping to broaden the industry’s once narrow standards.”

Harlow first sashayed down the Top Model runway in 2014 but judges gave her the boot in the second week of finals. She came back with a vengeance for a comeback series, finishing sixth, according to the Daily Mail. Since then, she has been viewed as a pioneer who has helped push the public into new ways of thinking.

She also doesn’t tolerate ignorance about her condition and will clapback at those who try to go there. 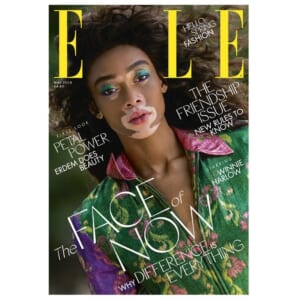 Winnie Harlow on the cover of the May 2018 of Elle Magazine.

Regarding her friendship with fellow supermodel Bella Hadid, who appears frequently on Harlow’s Instagram feed, she says, “When we walked the Tommy Hilfiger show, we were hanging out all day and then flew to Paris together, which was fun.”

Then there’s looking up to icons like British model Jourdan Dunn, where Harlow tells Elle, “I remember watching Jourdan Dunn rip runways before I was part of our industry and just admiring this goddess killing it. Getting to know her made me love her.”